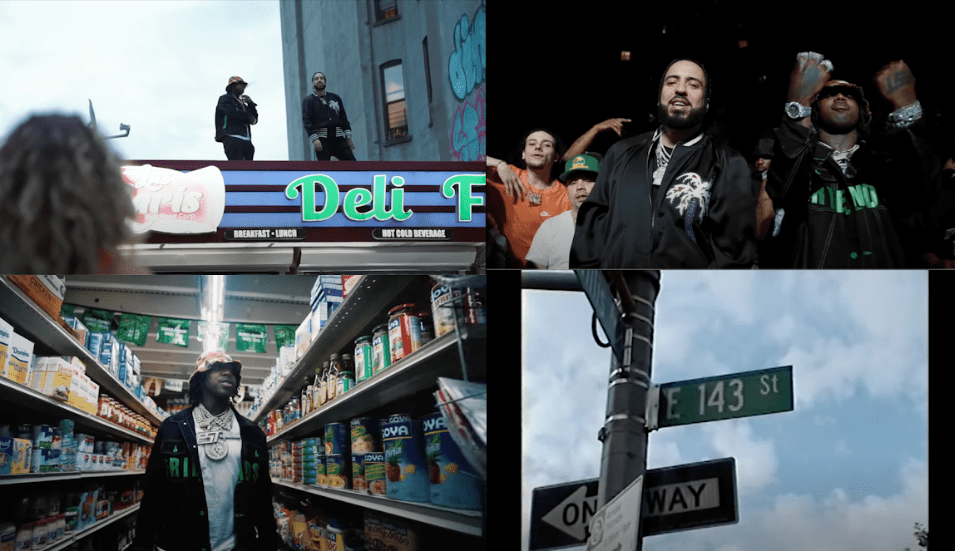 The “Keep It Real” video, directed by Rook the Director, follows Montana and EST Gee through the streets of the Bronx. Showcasing his influence and impact in the community, the crowd gathers at a local bodega and basketball court to be with the fellow rappers. Driving in a foreign car and his crew following in Suburbans, Montana continues to rap, “slidin’ through your hood with my Haan,” making his presence known with his signature adlib. EST Gee then jumps on the hook and raps on staying true to his hometown roots and being unstoppable at the height of his career.

Montana’s fifth studio album, Montega, produced by Harry Fraud released on June 24th bringing back his roots and original wave sound featuring hit tracks with Rick Ross, Quavo, Chinx, Benny the Butcher and more. Alongside the project, Montana released 1000 French Family NFT Membership (Ticker name :FM) with an exclusive launch party in New York City on June 19th. This NFT collection is the first-of-its-kind to launch with a music project giving fans worldwide access to own and share rights to a new project creating a Web3 milestone. This video follows the release of Montana and his brother/new recording artist Ayoub’s first collaborative single and video “Slidin” on Friday.