Freekey Zekey is being accused some pretty nasty stuff.

Tamara Charles hired the Diplomat to host and perform at a charity gala in Melrose, Massachusets in support survivors domestic violence.

According to Charles, Freekey showed up late, drunk and in messy attire. He only took the mic for ten minutes and spent most the night chatting with his co-host JuJu.

At the end the night, Charles informed Freekey that she could only pay him $500 the remaining $1600 because he more or less reneged on his deal. Freekey wasn't having that.

Next Freekey turned his attention to Charles's 60-something mom. He and his crew followed the senior citizen home, took her debit card from her and made her withdraw $1000.

He also took Charles's phone from her. She had to go to New York to get it back.  When she did he had erased everything from it.

Multiple guests at the event confirmed Charles's account to Bossip.

Charles has been trying to contact Freekey and work things out. But all her texts are met with dismissive remarks like "love is love" or "have blessed day."

She added that she's afraid to go the police because Freekey knows where her parents live. 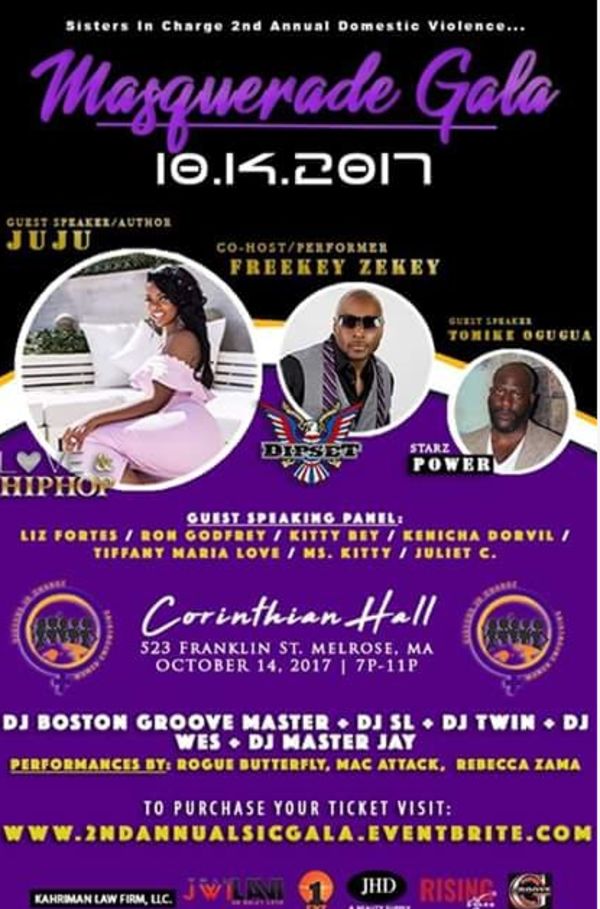