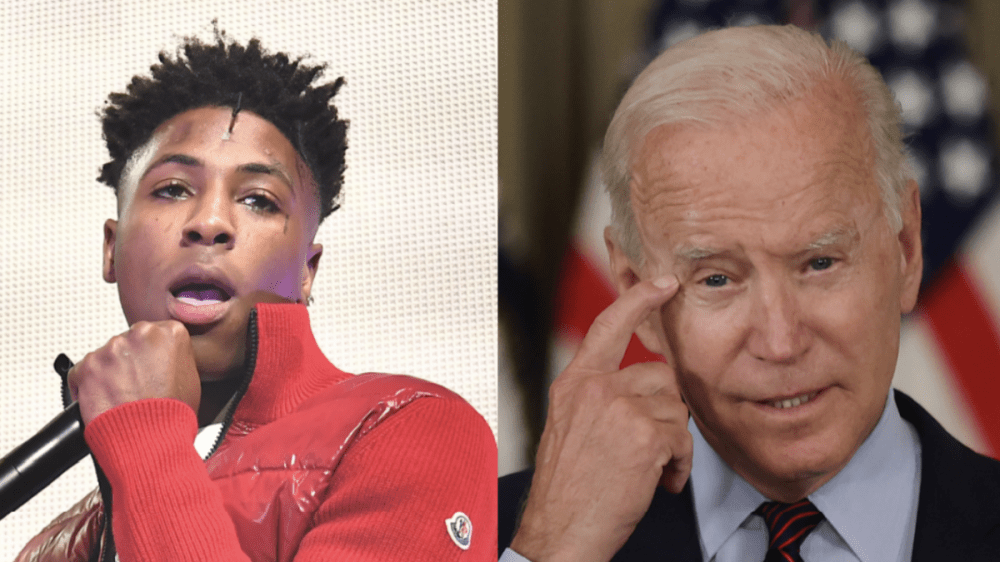 Washington, D.C. – NBA YoungBoy has remained behind bars since March after being arrested by the FBI following a foot pursuit in Los Angeles on weapons and drug charges. While he’s still able to feed his fans with new music from prison, they still want YoungBoy Never Broke Again to regain his freedom and recently started a petition to aid that process.

A Change.Org petition calling for President Joe Biden to free NBA YoungBoy passed 100,000 signatures on Thursday (October 7), which only took about two weeks since its inception.

Almost 80,000 fans have signed a https://t.co/jrjVE8OplV petition requesting Joe Biden free NBA Youngboy… previously the government said any petition over 100k signatures will get a response from the White House. pic.twitter.com/PcBFRLZR05

The March arrest stems from a previous arrest in September 2020 when YoungBoy — born Kentrell Gaulden — was one of 16 apprehended in a parking lot after law enforcement seized handguns, rifles, drugs, $47,000 in cash, jewelry and a $300,000 check made out to the Sincerely, Kentrell rapper.

He remains in custody at the St. Martin Parish Correctional Center in St. Martinville, Louisiana.

Per the We The People policy, The White House typically responds to petitions once they reach 100,000 signatures — but that isn’t always the case when it comes to petitions surrounding criminal cases, according to WhiteHouse.Gov.

With his rabid fan base’s help, the 21-year-old made history as the third rapper to earn a Billboard 200 No. 1 album from behind bars, putting him in an elite class that includes 2Pac and Lil Wayne.