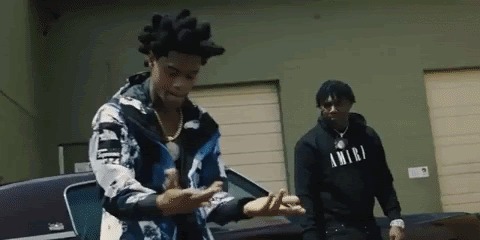 Fresh off his debut mixtape Kutt Dat Boy, 19-year-old Kuttem Reese drops a new video for his song “Bout It” featuring Louisiana hit-maker Fredo Bang. It was a stand out from the 15 track effort which put Kuttem Reese on the map as an Orlando-riser with the power to create anthems. In the video, both Kuttem Reese and Fredo Bang flex on their opps as they rap with electrifying energy in front of candy-painted old school cars.

This follows his recent video for “All 10” featuring Chief Keef and his fan-favorite song “No Statements (Remix)” featuring Lil Durk. Stay tuned for more to come from this promising Florida rap discovery!