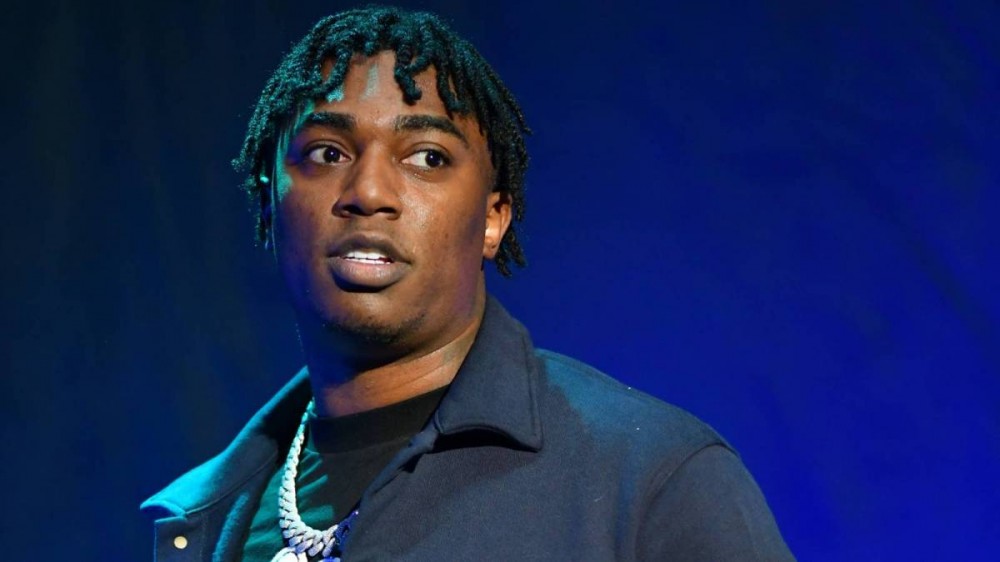 Fayetteville, NC – Fredo Bang and his entourage were involved in a scuffle following the rapper’s appearance at The Mansion Cabaret in Fayetteville, North Carolina this weekend.

In a video from the alleged altercation on Saturday (September 3), the Baton Rouge native appears to be leaving the venue when he and his crew began pounding on a man. Fredo appeared to get a least one punch in as the man struggled to break free.

According to multiple posts, the man is alleged to have been shouting “NBA,” “BBG” and “4KT” during Bang’s performance, however it’s unclear if the rapper heard him. For the uninitiated, NBA is a reference to NBA YoungBoy, 4KT stands for 4K Trey Gang and BBG means Bottom Boy Gorilla Gang.

The alleged victim later posted the video of the altercation to his Instagram account and recounted his version of events. The man wrote across the clip: “You can see fredo was scared to jump in an swing that soft ass punch. Lmfaoo. Look at them. How y’all jump me like that then run? WTF?”

Fredo Bang has experienced issues while on tour before. In March, he was removed from a concert featuring Boosie Badazz and Webbie without explanation. Following the cancelation, Fredo posted the flyer to his Instagram Stories and wrote across the front of it: “They Kicked Me Off This Show, But That’s What Happens When You The Most Hated.”

He added in another Story: “Real N-ggas Don’t Stop Other N-ggas Money, No Matter How Much They Don’t Like Em.” He then shared a private message he’d sent to Boosie, inquiring about the unexpected ousting. “Dam blood u taking food out my mouth? U can’t do a show with me on it?”

“Fuck all y’all, Straight up. Fuck everybody. Fuck the label. They can suck my dick, too. Fuck everybody. ‘Why they kick you out the show? ”Cause I’m that n-gga. And I’m probably getting paid more than them n-ggas anyway, put together. They probably tryin’ to stay in their budget.”

Fredo has yet to address the latest incident publicly, but he did mention in one of his recent Instagram Stories he’s currently shooting some music videos. Until those surface, watch the clip of the run-in above.