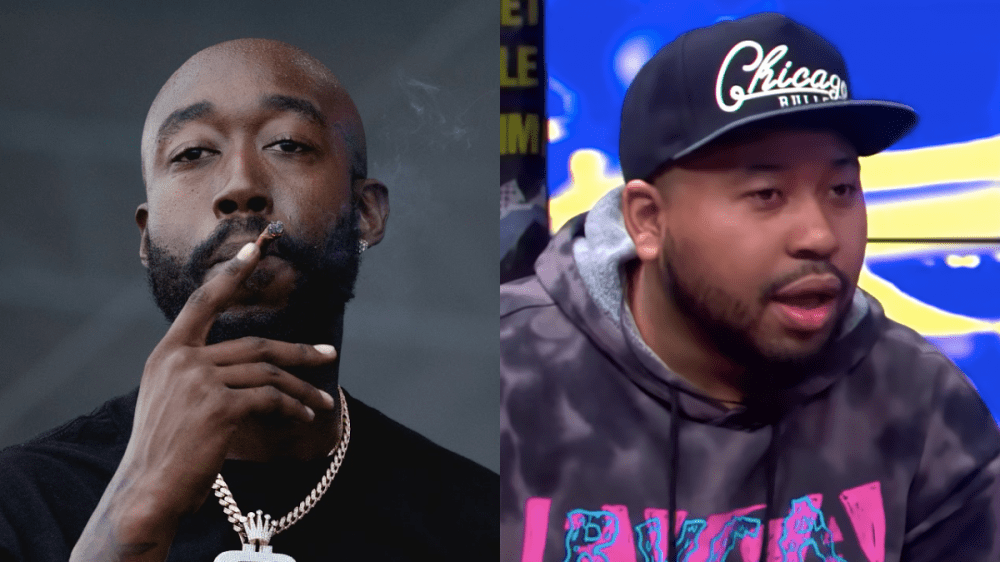 Freddie Gibbs is again bringing up his longtime rival Akademiks, this time during a Funk Flex freestyle on the DJ’s popular Hot 97 radio show.

Flex shared a clip from the aftermath of the freestyle where he tried to gather himself after the heat Gibbs delivered. He asked about the lines Gibbs had for Akademiks in which Flex implied weren’t as bad as what he said about R. Kelly.

Flex told the Alfredo rapper that he admires Akademiks because he speaks his mind freely, which Gangsta Gibbs agreed with and claimed he could actually see himself being friends with the guy.

“I think if we were to have a conversation, we’d probably be cool, I take it too,” he added. “I’ll take everything he say, and I love it. But you gotta take it when I give back.”

Freddie Gibbs and Akademiks have been going at each other for two years now. The beef stems from a June 2020 interview Gibbs gave in which he called his former label boss and fellow rival Jeezy musically “irrelevant.” Akademiks fired back and said, “If Jeezy is irrelevant, Freddie Gibbs, you are absolutely irrelevant as well.”

Since then, they’ve dissed each other numerous times, with Freddie Gibbs threatening to “torture” Akademiks until he quits his job and clowning him for being “fired” from Complex‘s now-defunct web series Everyday Struggle.

However, Gibbs began showing a different side to his beef with the social media personality during an episode of the Paramount+ series Yo! MTV Raps in May. Show hosts Conceited and DJ Diamond Kuts asked about his stance on involving himself in all these internet beefs with Akademiks and Gunna to which he said he relishes all the issues.

“I like it that way, it gotta be that way,” Gibbs said. “I’m from Gary and shit I gotta represent for them and you punking me, you punking Gary. I love DJ Akademiks, I like Gunna, I be bumping his shit. I like that shit, ‘I can’t fuck with Freddie Gibbs,’ that’s my shit.