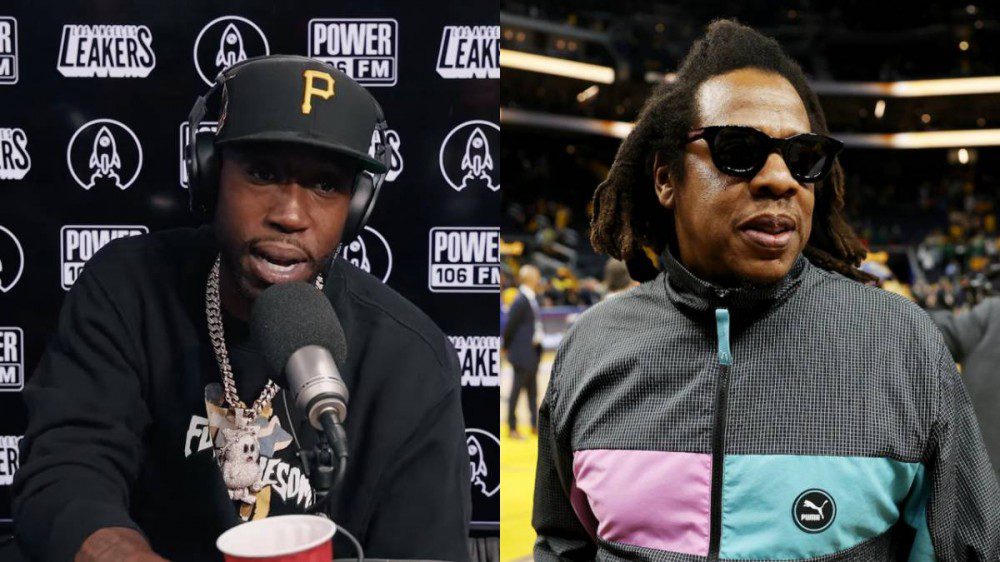 Freddie Gibbs has dropped some hot bars over JAY-Z’s iconic “This Can’t Be Life” instrumental during his latest appearance on the L.A. Leakers.

Power 106’s L.A. Leakers wasted no time with Gibbs and almost immediately pressed play on The Dynasty instrumental. As the beat began, Gibbs took a moment to shoot some shots at his longtime arch-nemesis Akademiks.

“I’m the prize n-gga. Akademiks, I’m the prize n-gga,” Gibbs said, referring to a recent video that went viral showing the internet personality shouting at his girlfriend. “Ay, Akademiks, you abusive. Stop taking them purses and all that shit from them girls man. It’s L.A. Leakers man come to the West Coast man I’ll buy you a purse if you want a purse bitch, I gotchu.”

Elsewhere in the fiery freestyle, Gibbs reminisced on his tumultuous childhood and rapped about how someone tried to kill him during his high school graduation. He also rapped about what it was like “trying to do homework in a house with no lights.”

“Everytime I let off a shot I wonder was God watching, everytime them bullets came back I wonder did God stop them,” Gibbs raps.

The last time Gibbs stopped by the L.A. Leakers was in 2019, when he spit over Dom Kennedy‘s “My Type of Party” while his son sat in his lap.

Freddie Gibbs has been celebrating the release of his fifth studio album $oul $old $epeartely, which dropped on September 30 and is the rapper’s most successful solo project to date, debuting within the Top 20 and moving around 22,000 album equivalent units in its first week.

During a recent Ask Me Anything (AMA) session on Reddit, the Piñata rapper suggested the album could potentially be his last after an eager fan asked if Montana, the rumored follow-up to 2019’s Bandana, would ever see the light of day.

“No. this my last album. Ask Madlib,” Gibbs replied.

This claim coincides with another interview Gibbs did with Bootleg Kev earlier in October, where he was asked to comment on Alfredo 2 potentially being in the works with Alchemist.

“It’s funny you say that,” Gibbs said when Kev brought up the idea, “but I just told you that every time I do an album I feel like I might not do another one. I got a lot of stuff to do.”

He said that the pair “flirt” with the idea all time, but that he believed $oul $old $eparately to be his best work. “If I was to do another album it would be that one,” Gibbs said.