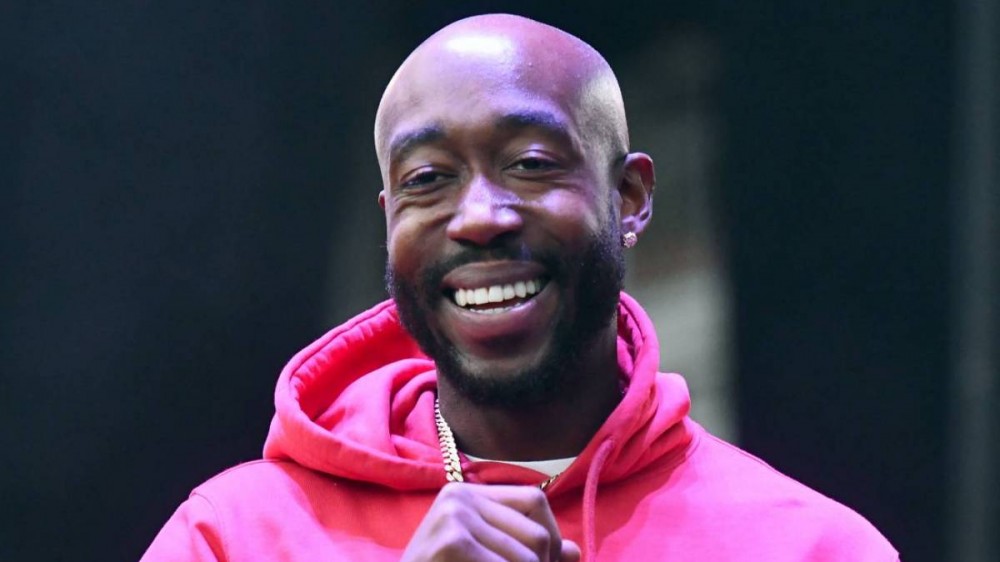 Freddie Gibbs’ desire to have a fruitful acting career is no secret. Now, he’s turning his dreams into reality with the announcement of his feature film debut, Down With The King.

According to Complex, the Indiana native will play the role of rapper Money Merc — real name Mercury Maxwell — who heads to a house in the Berkshires, Massachusetts to record his next album. Wanting a way out of Hip Hop, Merc’s attention turns to farming thanks to a friendship with his neighbor. After announcing his retirement as a musician, Merc’s manager is then tasked with persuading him to continue his rap career.

The upcoming movie is written and directed by Diego Ongaro, whose filmography includes the 2015 drama Bob and the Trees that premiered at the Sundance Film Festival. Principal photography on the film — produced by Breaker Studios — has already wrapped up, with co-stars including Jamie Neumann, David Krumholtz, Sharon Washington and Bob Tarasuk.

Not only is Gibbs acting, but he’s also contributing original music.

Speaking on the movie, Ongaro said, “My primary desire with ‘Down with the King’ is to collide two unlikely worlds: rap and farming, and to share the improbable story of a rap star who falls in love with the countryside and the refuge that it offers him from his own reality and fame. Many films that feature the Hip Hop community tell underdog ‘success stories,’ whereas ‘Down with the King’ does the contrary. Mercury is at the top of the Hip Hop world but desperately seeks a simpler life.”

Using his many years of experience in the rap game, Gibbs played a key role in shaping his character.

“Freddie Gibbs and I worked intimately together to craft Mercury’s character and backstory; some of it pulled from Freddie’s experiences and values, much of it invented,” Ongaro said. “It was an absolute thrill working with someone as sharp and multi-talented as Freddie in this collaborative way.”

“That’s the move man, right now,” he said. “That’s really what I wanna do. I really been studying cats like Samuel L. Jackson… that’s my favorite actor of all time, period. So I just been looking at some stuff and tryna figure my way out and some things I wanna do and like I said, really studying and writing and starting to get a vibe for it.”

He added, “I don’t really wanna jump in it and just be another rapper tryna be in movies, you know what I’m saying? I coulda been shot my own bootleg ass looking ass rap movies but I ain’t wanna do that. I wanna come in on some Sundance Film Festival type shit. I coulda did a lil hood movie a long time ago.”

Gibbs previously auditioned for Paul Thomas Anderson’s 2014 movie Inherent Vice starring Joaquin Phoenix but missed out on the role to Michael K. Williams. The Grammy Award-nominated MC’s acting skills can be seen in music videos such as “Crime Pays” and “Giannis” off his Bandana album with Madlib.