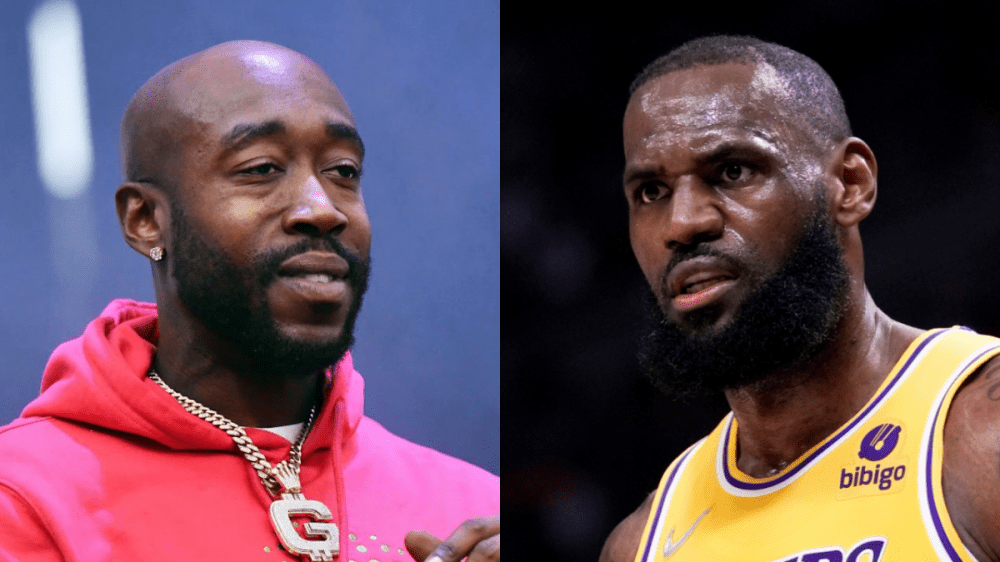 Whether it’s Hip Hop or basketball, Freddie Gibbs has never been afraid to speak his mind, even if it ruffles a few feathers. But his opinions about the Los Angeles Lakers almost landed him in trouble with the team’s star player — or so he thought.

In a clip posted to his Instagram Stories on Tuesday (March 8), Gangsta Gibbs recalled bumping into LeBron James during Super Bowl weekend last month and admitted he thought the 6-foot-9, 250-pound NBA legend was going to “beat [his] ass” for talking trash about the Lakers.

“I talked to LeBron [at] Super Bowl weekend. I was like, ‘Oh shit!’” he said while watching ESPN from the comfort of his bed. “Look, I thought LeBron was gonna beat my ass. I ain’t even gon’ lie, man. I was prepared to get my ass whooped for talking shit about the Lakers.”

Fortunately for Freddie, LeBron James didn’t end up throwing hands. Instead, the two seemed to hit it off, with Gibbs calling King James “a real n-gga.”

Despite strengthening their star-studded roster with the addition of NBA 75 honorees Russell Westbrook and Carmelo Anthony last summer, the Lakers currently sit in ninth place in the Western Conference with a dismal 28-36 record.

Westbrook’s poor shooting has been a focal point of the criticism, a fire Freddie Gibbs added fuel to in a recent tweet. “Y’all gotta stop letting him shoot that shot bruh,” he wrote in response to a video of Lakers fans booing the point guard during a game.

However, the Gary, Indiana native — who has called L.A. home for over a decade — has also shown the Lakers plenty of love over the years. Gibbs and Big Sean donned the famous purple and gold in their “4 Thangs” music video and he even named a song from his Piñata album after the team.

Whether Gangsta Gibbs has any more bars about the Los Angeles Lakers and LeBron James on his upcoming album SSS remains to be seen. The eagerly-anticipated project is slated to arrive in June, according to the man himself.