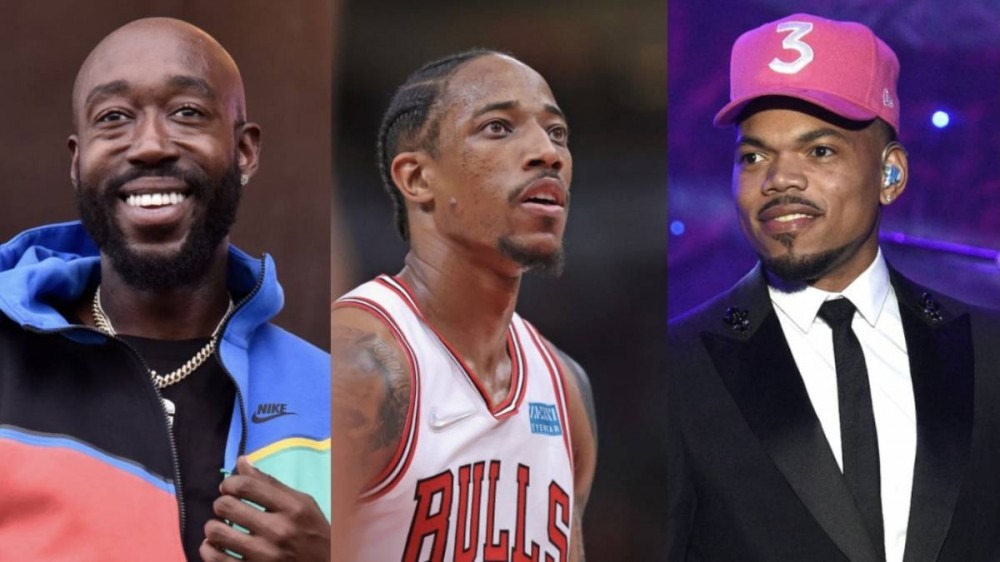 Freddie Gibbs is putting in work on his upcoming album SSS, but he’s making sure to take time out for leisure activities. On Monday (November 9), Gibbs took the family out to an NBA game in Chicago, Illinois, at the United Center, where the Chicago Bulls took on the Brooklyn Nets.

Gibbs took in the NBA action front row with one of his children on his lap before meeting up with Chance the Rapper in VIP. According to the Alfredo rapper, Chance swiped his tickets but hooked him up either way since he’s one of Chicago’s biggest stars.

“Chance took my tickets, but he gave me a couple,” Gibbs said jokingly in the video before Chance came in the picture saying, “I don’t got no tickets, so please don’t let n-ggas tell you I got your tickets. Keep it straight they didn’t have no tickets for Freddie and they blamed it on me.”

Freddie wasn’t buying Chance’s explanation and continued to say the Coloring Book rapper bought all the celebrity tickets at the United Center.

“They gave all the tickets to Chance, but we good he gave me two,” Gibbs added. “He do good for the community. He gave a n-gga two. I appreciate it.”

Gibbs’ evening at the Chicago Bulls game ended with the hometown team crushing the Brooklyn Nets 118-95. After the game, the Bulls’ star player DeMar DeRozan caught up with Freddie Gibbs and gave him his jersey to take home as a souvenir.

Freddie Gibbs isn’t the only rapper taking in NBA action this season. Last month, the newly-minted Songwriter Hall of Famer JAY-Z was seen at a few Nets games at the Barclays Center. He spoke to reigning Rookie of the Year LaMelo Ball at one game and had a drink spilled on him at another.