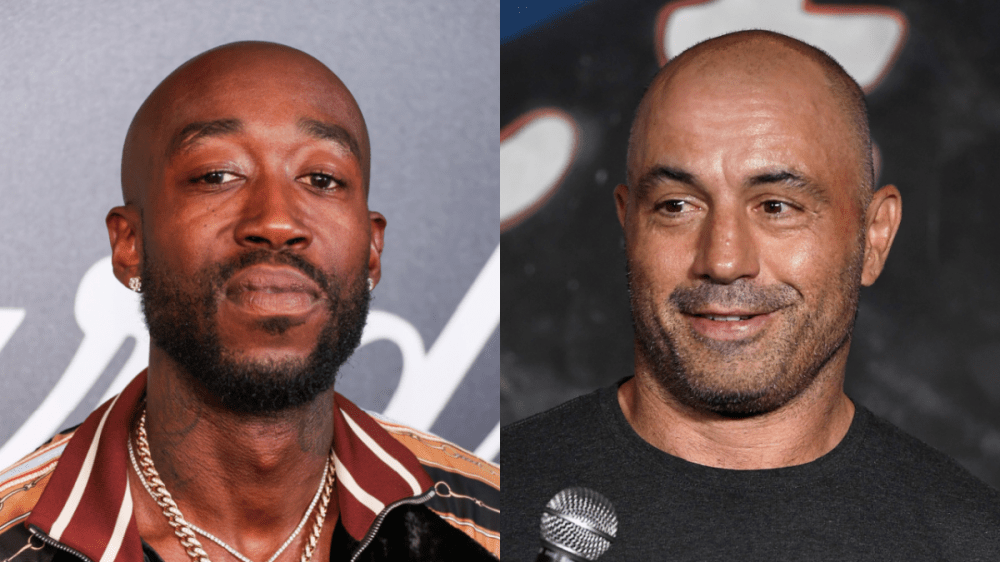 Joe Rogan found himself in hot water last month when a video montage of him saying the “n-word” went viral on Twitter. The clip heard the podcaster/comedian utter the racial slur at least 20 times on his show, in addition to making a joke comparing a Black neighborhood in Philadelphia to Planet of the Apes.

Despite issuing an apology, celebrities such as Trevor Noah, Samuel L. Jackson and Fat Joe condemned Joe Rogan over the video, with the latter calling the podcast host “a piece of shit.” However, one rapper who isn’t rushing to brandish Rogan a racist is Freddie Gibbs.

Following his first appearance on the show last year, the Gary, Indiana native returned to The Joe Rogan Experience alongside comedian/writer/producer Brian Moses on Tuesday (March 1), where he addressed the n-word controversy.

“You can’t say that shit, Joe, ’cause you pissed n-ggas off when you did that compilation. It was funny as fuck, though, I can’t even lie,” he said. “But hey man, look, I don’t think you a racist, my n-gga. You my n-gga! I fuck with you.

“I never thought you was a racist. I just think you were saying some shit you shouldn’t have said and a lot of us n-ggas say stuff that we shouldn’t say sometimes. It is what it is.”

Despite not holding Rogan’s feet to the fire, Freddie Gibbs went onto to clarify that he believes only Black people should use the n-word.

Joe Rogan also came under fire recently for spreading COVID-19 misinformation, prompting Rock and Roll Hall of Famer Neil Young to yank his music from Spotify, who paid a reported $200 million for the exclusive rights to Rogan’s podcast in 2020.

Freddie Gibbs slammed Young for the move while wondering aloud if he would’ve done the same had Rogan’s use of the n-word been the only controversy.

When Rogan pointed out that Neil Young pulled his music before the n-word video surfaced, Gibbs replied, “Well, he should’ve double-backed for n-ggas. Fuck that.”

He then joked, “You fucked up with India Arie, man. You had a lot of bitches that couldn’t put their shea butter on when she pulled that muthafucking shit off Spotify,” referencing the R&B singer’s decision to pull her own catalog from Spotify over Rogan’s “language around race.”