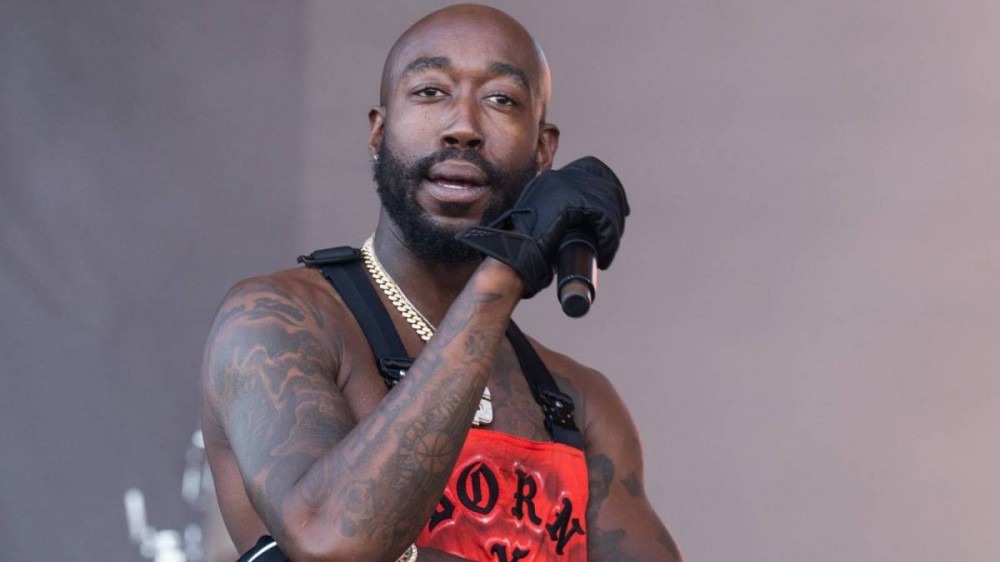 Freddie Gibbs has had his fair share of beef. Akademiks remains his most notorious nemesis, and the pair have traded shots numerous times online, with Gibbs at one point wanting to box him for charity.

The ESGN rapper and Griselda’s Benny The Butcher currently have some bad blood brewing, and he’s had long-standing squabbles with Gunna and even Lupe Fiasco, among others.

“Freddie Gibbs be beefing with a new n-gga every month it seem, smh damn n-gga I’m starting to think it’s you bruh,” the user wrote with laughing emoji’s.

Gibbs chimed in simply to agree.

Gibbs most recent spat with Benny The Butcher has been picking up steam ever since the Buffalo lyricist shrugged off their past collaborations in an interview with Most Necessary: Live.

“Working with Freddie Gibbs came and went to be honest with you,” he was quoted as saying, according to Spotify Greenroom’s Twitter. “It’s all love.”

“Came and went lol,” Gibbs wrote in reply before jumping on Instagram to offer a more elaborate response.

“N-gga said ‘working with Freddie Gibbs came and went,’” the Alfredo rapper said to the camera laughing. “I know some other shit that came and went too, n-gga … Just keep my name out y’all mouth, man, when y’all talking to people who are doing interviews and shit. Just say ‘next question, man. I don’t want to talk about that n-gga, man.’ Just say ‘next muthafucking question.’ For real.”

The beef between the two rappers had unfortunately been brewing for some time.

Last September, Gibbs tweeted “it be hard for me to listen to n-ggaz after they got robbed” right after Benny had been shot in the leg during a robbery attempt in Houston.

Freddie later tweeted “n-ggaz don’t put the cities they got robbed in on the tour dates” following Benny’s announcement of The Burden of Plugs tour, which featured a show in Austin, Texas, but not Houston.

Benny finally clapped back at the Twitter shade in December, cryptically posting several crying face emojis hours after it was reported Gibbs allegedly was assaulted by Jim Jones at a Miami restaurant. The alleged beat down, was, unsurprisingly, the result of a longstanding beef between the two rappers.