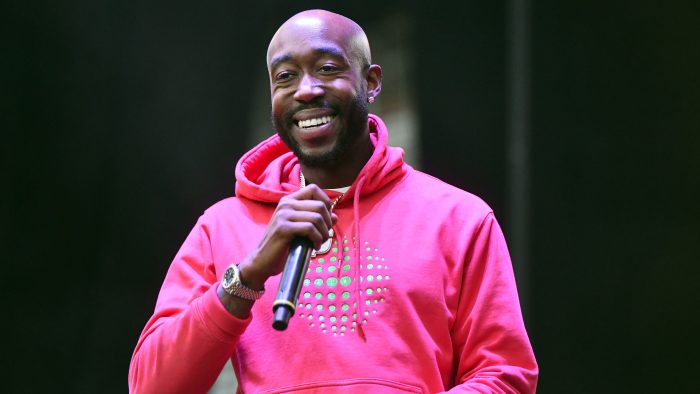 Like most people, Freddie Gibbs is watching the Drake vs. Kanye West beef from afar. The two legendary artists have publicly reignited their feud and have traded verbal blows over the past month.

On the most recent episode, Drake took to his Sirius XM radio show, Sound 42, to leak Kanye West’s song with Andre 3000 entitled, “Life Of The Party.” A portion of Yeezy’s verse was aimed at Drake.

The “GD” reference is derived from Kanye’s affiliations with the Chicago gang, Gangster Disciples. Larry Hoover founded it. Over the years, Ye has been adamant about helping to get Hoover out of jail. He even met with former President Donald Trump in 2018 for the initiative.

On the track “Jesus Lord,” Larry Hoover Jr. is also featured where he explained the effects of his father’s imprisonment on this family.

After hearing “Life of The Party,” Freddie Gibbs took to Twitter for his reaction.