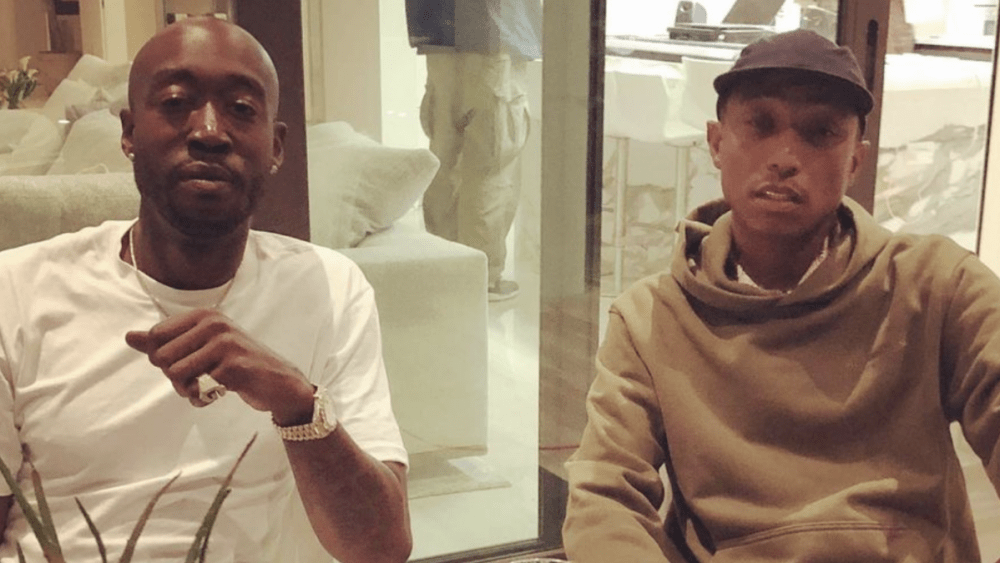 On the heels of releasing his 2020 HipHopDX Album of the Year Alfredo, Freddie Gibbs is already plotting his next LP and he’s got high expectations for his Grammy-nominated follow-up.

After teasing another run at “album of the year” in an interview with MixMag earlier in April, Gangsta Gibbs posted a photo to Instagram on Monday (April 12) locked in with Pharrell. A relaxed Freddie Gibbs looks to be playing Skateboard P some new music on the Beats Pill speaker.

Over the weekend, the Gary, Indiana native bumped into Rick Ross, who was holding a bottle of his Luc Belaire and rocking a colorful Versace blouse while enjoying a night out at the club. Rozay and Gibbs connected in 2020 for Alfredo standout “Scottie Beam.”

“It’s another album of the year,” he declared. “I’m about to go and work with Pharrell next week. Madlib, Working On Dying, The Alchemist, Sevn Thomas, Hit-Boy, I just talked to [Mike WiLL Made-It]. It’s gonna be the best-produced album that I ever made.”

Freddie Gibbs also teased another collab in the stash with Swae Lee that’s produced by Boi-1da. Speaking to MixMag, Gibbs stopped short of revealing his next album’s title, but did uncover that it will be a three-word acronym containing “SSS.”