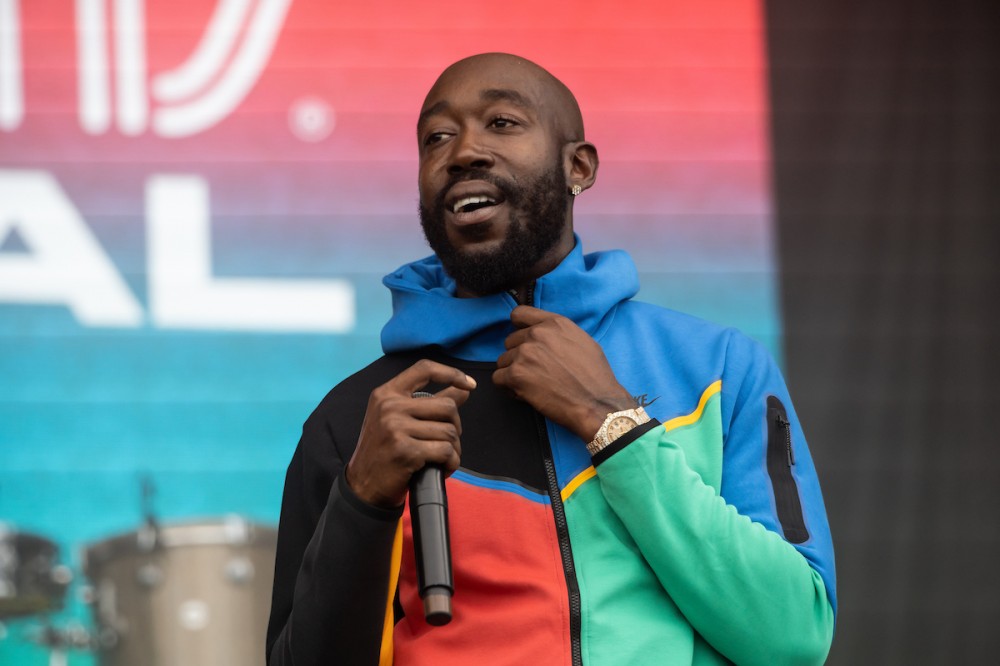 What better time to roll out an album than in the middle of beef? With all eyes on Freddie Gibbs, he has begun to promote a new release via billboards.

TMZ spotted the ads for SSS Resort & Casino in Chicago, New York, and Los Angeles. The Billboards aren’t for a casino at all; SSS Casino is the name of Freddie’s next album.

SSS means “Soul is Sold Separately,” which is mentioned when you call the posted number. Rabbit, which is also posted on the billboard, is a nod to his “Big Rabbit” nickname.

Ready for his album?

The Benny the Butcher and Freddie Gibbs beef may be going a bit too far. After Benny flashed chains snatched from Gibbs during a fight, the BSF leader hit social media over the weekend to flash images of Gibbs’ girlfriend giving oral sex.

When sharing an image of Gibbs’ bae licking his bald head and then another performing the sexual act, Benny delivered a message: “@FreddieGibbs u gotta be careful…she’ll put tht tongue anywhere”

Gibbs was sharp in his reply:

Gibbs’s girlfriend, known on social as The Fit Mami, thanked Benny for the promotion. “Thanks @getbenny I was wondering where all those new subscribers were coming from,” she wrote.