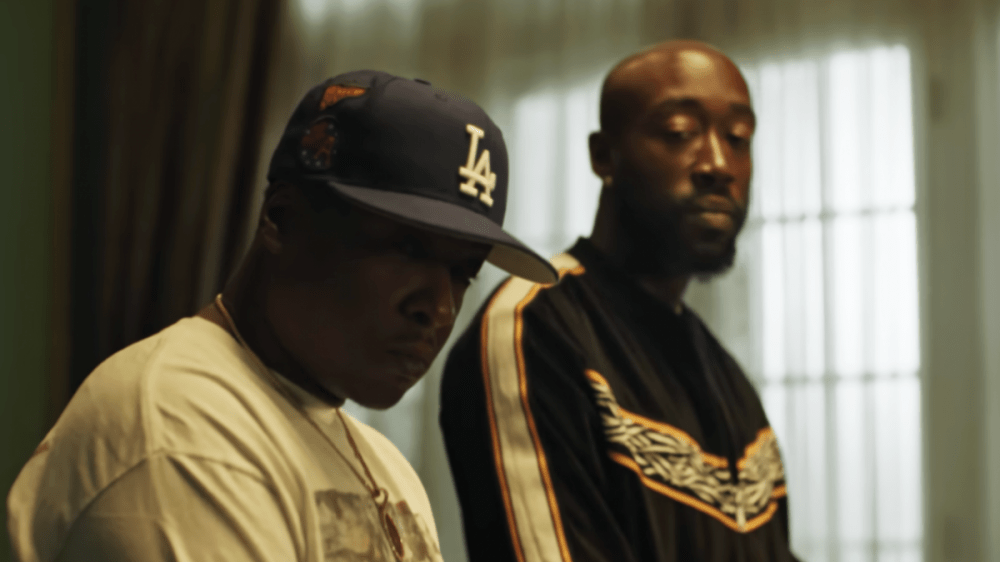 Freddie Gibbs has been busy making his movie debut in Down With the King this year, but that hasn’t stopped him from working on new music. With his eagerly anticipated SSS (Soul Sold Separately) album on the way, Gangsta Gibbs returns with a fiery new single featuring New York rap legend Jadakiss.

On Friday (November 19), Gibbs and Jada unleashed their new collaborative effort, “Black Illuminati,” which finds the two rappers reflecting on their journey from moving weight to achieving health and wealth. In the accompanying music video, the Gary, Indiana and Yonkers, New York natives post up in a house surrounded by women and also take a ride around the city.

“I let the fiends catch a bеan, used to vomit off the secondhand crack smokе/N-gga got that PTSD from testin’ the key/Gums numb, hope I didn’t purchase work from the F-E-Ds,” Freddie Gibbs raps vividly in his opening verse.

Continuing his Verzuz victory lap, Jadakiss compliments Gibbs with an equally clinical verse that closes out the record.

“A lot of n-ggas are nice, but they are not him/It’s really nothing that you can do to stop him/Call him the god MC just like Rakim/And he done took some L’s, but yeah, he got wins,” Kiss spits.

Freddie Gibbs and Jadakiss previously connected on the Jay Rock-assisted “Krazy,” from Gibbs’ 2012 mixtape Baby Face Killa. They also teamed up on Queens rapper 360’s “Own Thing (Remix),” which also came out that year.

It’s unclear if “Black Illuminati” will appear on Soul Sold Separately, with Gibbs yet to reveal the album’s tracklist. He has, however, announced which producers contributed to the project, listing off Madlib, The Alchemist, Boi-1da, Pharrell, Jake One, Three 6 Mafia’s DJ Paul and more.