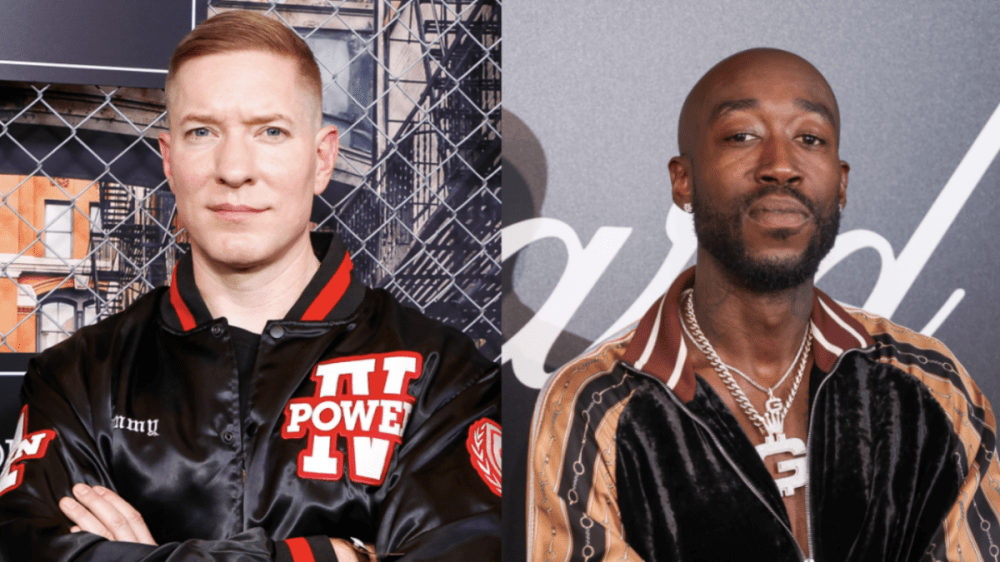 Freddie Gibbs is ready to become a household name in Hollywood once he decides to hang up his mic and end his rapping career for good.

The Gary, Indiana native is set to star in Peacock’s Bust Down episode airing Thursday night (March 10), but Gibbs gave fans a taste of his role as Chauncey with a couple of clips posted to social media.

The footage finds Freddie Gibbs in the role of a manager bossing his employees around and letting them know the harsh truth as far as the reality when it came to their duties for the night.

Another scene’s performance hosting a hilarious sit-down meeting with some employees in his office even drew the praise of Power‘s Joseph Sikora.

“So so good,” Sikora replied with a laughing crying emoji.

Sikora has seen his star power grow in his own right. He’s taken center stage as the focal point of his own spinoff in 50 Cent’s STARZ drug dealing universe as the star of Power Book IV: Force. The actor’s Tommy Egan character has fled NYC and is looking for a fresh start in Detroit where he has family roots.

Force was also recently renewed for Season 2 while in the midst of airing Season 1 after 50 Cent publicly threatened to pack up and leave the STARZ network.

As for Gibbs, he made his silver screen debut as Mercury Maxwell in 2021’s Down With the King. Fans can expect plenty of more acting from Gangsta Gibbs in the future.