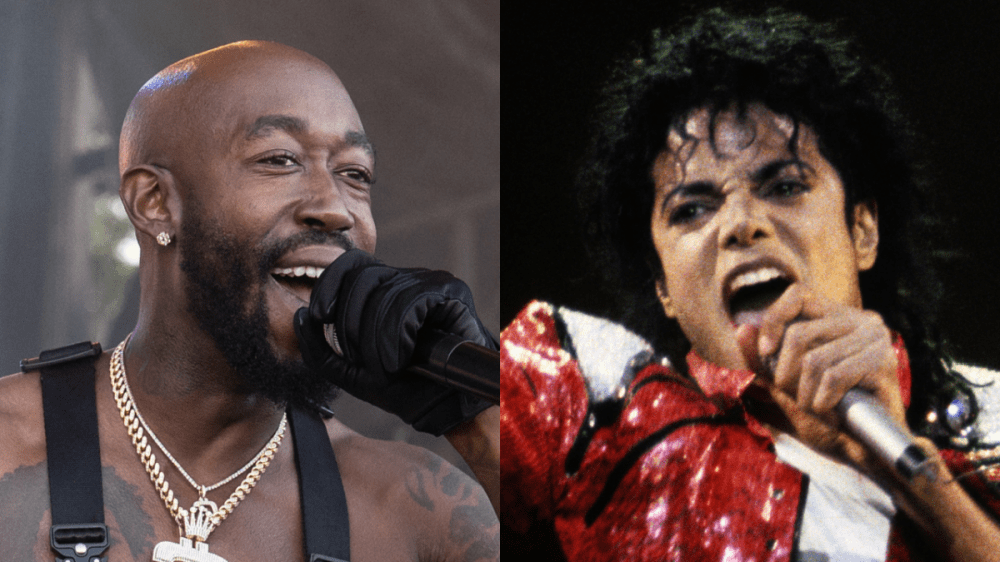 Freddie Gibbs is dead set on eclipsing the competition with his forthcoming effort SSS (Soul Sold Separately), which he’s hailed as the “best rap album of the year” on numerous occasions already. But that isn’t stopping the ESGN MC from having fun in the studio.

On Wednesday (February 23), Gangsta Gibbs took to Twitter to give fans a glimpse into his creative process behind his eagerly-anticipated album, which apparently involves turning ’70s soul classics into coke rap anthems.

“Oh n-gga, give me one more gram!/Sell me that dope/Are you done with weed?/Sell me that dope!” he sings in the studio clip, doing his best Michael Jackson impression while putting his dope boy spin on The Jackson 5’s “I Want You Back.”

“This how U make another rap album of the year. #SSS,” the rapper/stand-up comedian joked in the caption.

This how U make another rap album of the year. #SSS 🛸 pic.twitter.com/BzzHX927Zd

Freddie Gibbs is no stranger to the Jackson family having also grown up in Gary, Indiana. The Bandana rapper once recalled seeing Michael Jackson as a kid when the King of Pop visited their hometown.

“Saw that n-gga Mike one time in my life in person,” he told Pitchfork in 2013. “You woulda thought Jesus came back. N-gga went to speak at this big, stupid-ass baseball stadium we got in Gary. This n-gga Mike walked around Gary in his pyjamas with, like, a Cap’n Crunch suit on. His shit was laid, his perm was laid out, he was good!

“That muthafucka Mike came through and went to KFC, dawg. Mike bought all the muthafucking honey BBQ wings. Took, like, a muthafucking hour to get his order out. Man, n-ggas was honking horns behind him. They like, ‘Damn, Mike! What the fuck?’ Come after Mike and they ran out of chicken!”

“Man, n-ggas was standing on top of cars. ‘Billie Jean is not my lover!’ N-ggas was going crazy. It was grown n-ggas out there fainting and shit. Gangsta-ass n-ggas out there like, ‘Mike! Ahhh!’ I’m seeing killers crying with tears in their eyes. Everybody loved Mike.”

As for SSS, Freddie Gibbs has released a handful of potential singles from the album so far, including “Black Illuminati” featuring Jadakiss, “Gang Signs” co-starring ScHoolboy Q and the Nas-sampling “Big Boss Rabbit.”

Behind the boards, Gangsta Gibbs has assembled a lineup of all-star producers, including Pharrell, Boi-1da, Tay Keith, Jake One and Three 6 Mafia’s DJ Paul, as well as his Piñata/Bandana compadre Madlib and fellow Alfredo Grammy nominee The Alchemist.

A release date has yet to be announced, but Gibbs has promised it will make a splash when it does eventually arrive.

“This is probably going to be the best album I did,” he told Complex last year. “I leveled up on his album. It’s going to be more features. It’s a little more sauce on this one I would say.”