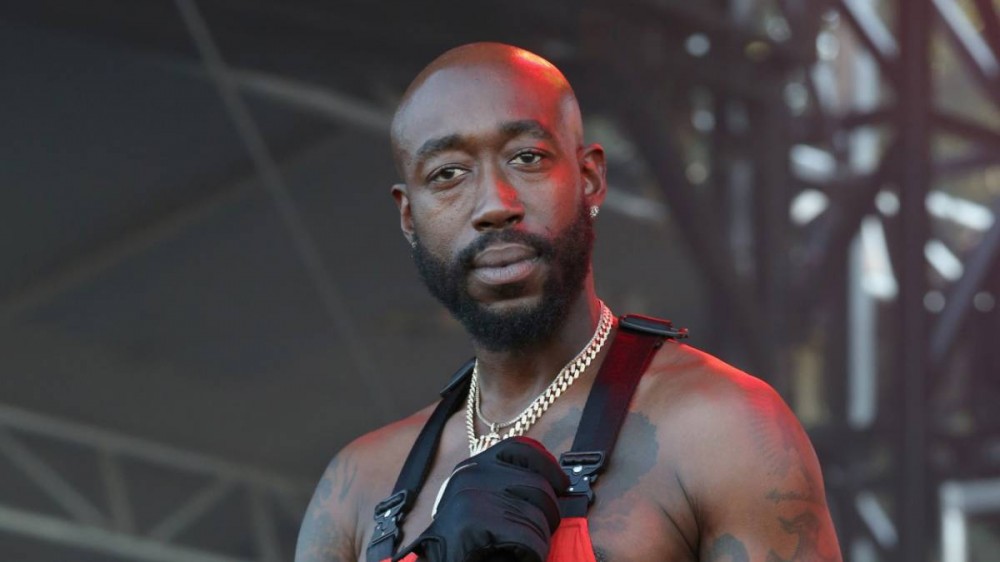 Freddie Gibbs is known to troll people and joke around a lot, even when poking fun at himself. On Wednesday (November 24), Gibbs was in his jokester bag once again when he hit up Twitter with a video of himself pregaming before an event with friends.

In the video, fans can see one of Gibbs’ buddies taking a swig of Patron while the Alfredo rapper fixes his brown blazer and black bowtie. The friend said Freddie Kane’s outfit is so fresh he looks like a Grammy Award, but Gibbs had another trophy in mind.

“Ay ay fuck that blood, blood I’m an Oscar,” Gibbs said before standing like the golden knight statue awarded to those in the film industry.

It wasn’t long before social media got a hold of Gibbs standing like an Oscar and turned him into a meme. Some of the memes had Leonardo DiCaprio holding the Gibbs Oscar statue and a promotional poster of the rapper hyping up the awards show.

Now that he’s crossed over into the film industry, Freddie Gibbs could be having his eyes set on his own Oscar Award. The Gary, Indiana native will play the role of rapper Money Merc — real name Mercury Maxwell — who heads to a house in the Berkshires, Massachusetts to record his next album in Breaker Studios’ new film Down with the King.

Merc wants a way out of Hip Hop and turns his attention to farming thanks to becoming friends with his neighbor. Merc announces his retirement as a musician, but his manager is tasked with persuading him to continue his rap career.