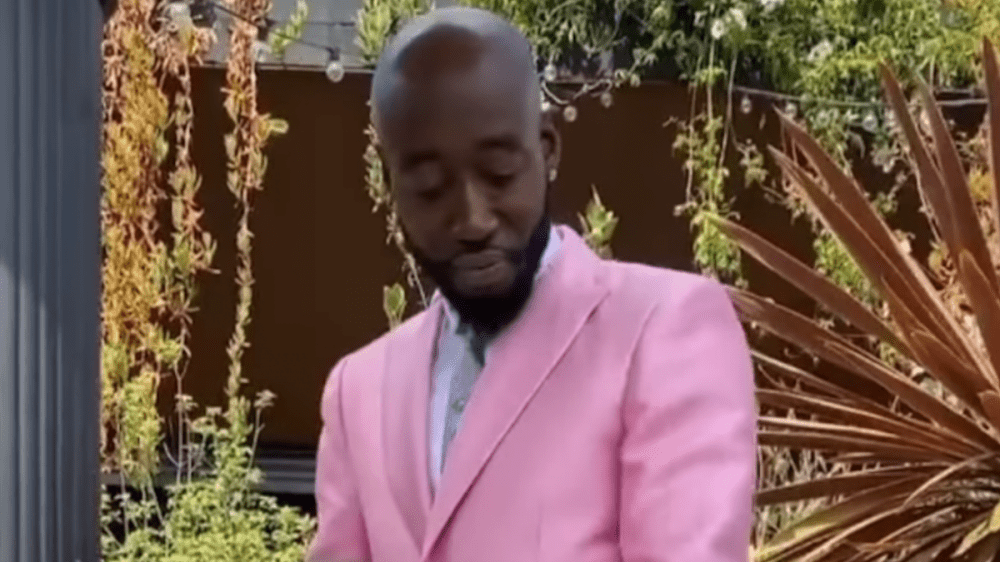 Freddie Gibbs and The Alchemist’s Alfredo album was nominated for Best Rap Album at the 2021 Grammy Awards on Sunday (March 14), but ended up losing out to Nas’ King’s Disease. Despite not collecting the award, the news wasn’t going to dampen the mood of what was already a huge accomplishment.

In typical Gibbs fashion, the Indiana-bred rapper made light of the loss by joking about his success rate when it comes to legal battles.

“Look, I might have lost today, but I’m undefeated in court!” he announced to an eruption of laughter while rocking a pink suit.

Gibbs beat a high-profile court case in September 2016 when he was found not guilty of sexual assault, following an alleged July 2015 incident in Vienna, Austria that carried a maximum sentence of 10 years in prison.

“Imagine sitting listening to a bunch of Austrians talk in German, deciding my fate,” he recently told The Ringer. “I was nervous as fuck. I didn’t know what these people were going to do. I still think about it. That was the most nervous day of my life.”

Speaking to NPR ahead of the Grammys, Gibbs expressed the joy of taking his mom to the ceremony and the fact he wasn’t aiming for a nomination at all.

“I always wanted to take my mother to the Grammys and now I will,” Gibbs said. “Look, we don’t make music to get nominated, so to hear that they’re into it means a lot.”

A fallout with Interscope Records in 2006 led him down the independent road, but he says he wouldn’t change anything about the trajectory of his career.

“I was young with the Interscope thing,” he said. “That was kind of my first year of rapping. I wouldn’t trade the success I have now for the success I would’ve had then, if that makes sense. I’d rather have my Grammy now.”

Gibbs signed to Warner Records in June 2020 and has since released the ScHoolboy Q-assisted “Gang Signs” and “4 Thangs” featuring Big Sean and Hit-Boy.