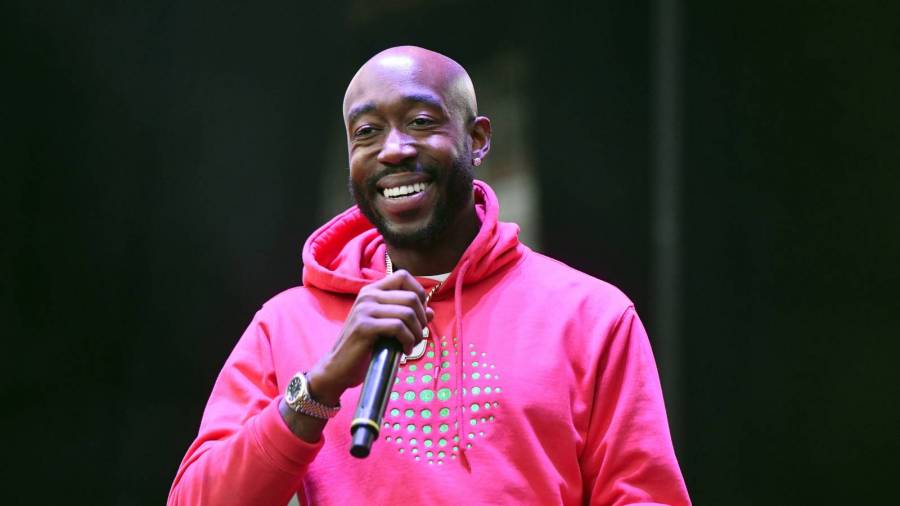 Jeezy and Gucci Mane are just over 24 hours away from participating in one of Verzuz’s most anticipated battles. But before they step in the virtual arena, The Snowman evidently had a few things he wanted to say.

On Tuesday (November 17), the veteran rapper unleashed a new single called “Therapy In My Soul,” which took aim at both 50 Cent and Freddie Gibbs. It didn’t take long for Gibbs to respond to Jeezy’s jabs. Shortly after the song hit streaming platforms, Gangsta Gibbs hopped on Twitter to remind Jeezy he once saw Black Mafia Family put him in a compromising position.

“BMF put U in a headlock in front of me,” he said. “U gotta come harder than this snow flake. @jeezy u big mad.”

BMF put U in a headlock in front of me. U gotta come harder than this snow flake. @Jeezy https://t.co/0EcAnMQZ2y

Gibbs followed up with a video of Jeezy dancing in a grocery store to his “Poppin’” song, saying, “I can’t beef with n-gga. u got it snow U won.”

He later added to his Instagram Stories, “Let the games begin bitch,” alongside a screenshot of his response, suggesting he’s armed with some barbs of his own.

Gibbs more or less dissed Jeezy during an interview with Bootleg Kev in June when he dismissed his legacy while discussing his time on Jeezy’s CTEWorld label.

“I take the adversity and use it as fuckin’ fuel,” he said.”The fact I can do that puts me above a lot of niggas. I wasn’t supposed to make it. In 2006, Interscope dropped me … Jeezy is musically irrelevant. Let’s be real, dawg. Did you listen to his last album? No you fuckin’ didn’t. He’s a legend but right now, you’re irrelevant.”

Five months later, Jeezy decided to address it on wax and question Gibbs’ street cred in the process.

“If One-Five wasn’t my dawg, I would’ve touched ’em,” Jeezy raps. “When that shit went down with Gibbs, I couldn’t trust ’em/Invested my hard earn money, tied up my bread/But he gon’ try to tell you I’m flawed, that’s in his head/It’s happening just the way that I said it, good on your own/And if I’m honest nothin’ gangsta about you, leave this alone.”

The Gucci Mane and Jeezy battle is scheduled for Thursday (November 19) and Jeezy’s next album The Recession 2 arrives on Friday (November 20). Until then, check out the “Therapy In My Soul” song below.