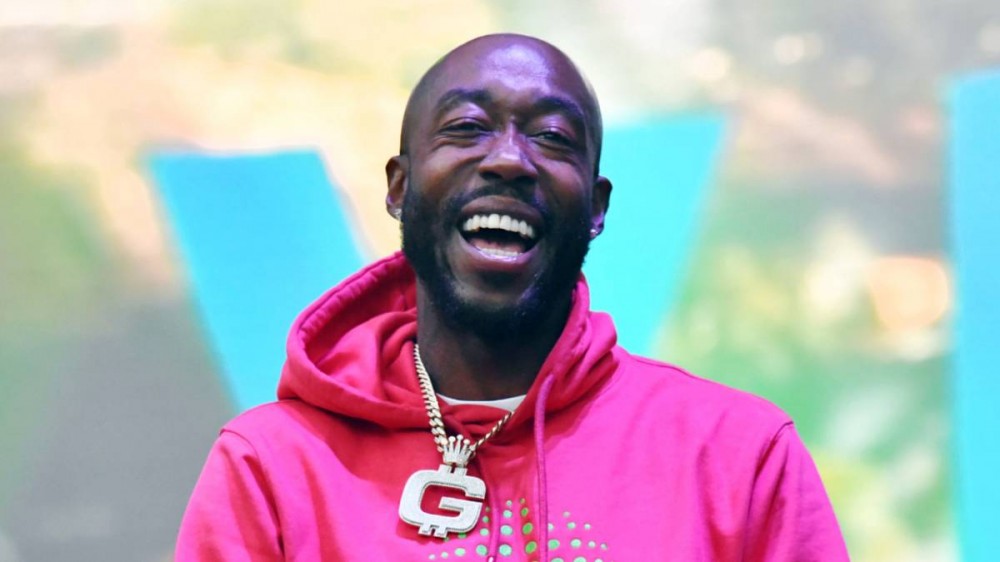 Freddie Gibbs is gearing up to release his upcoming album, SSS, and fans are excited to hear what one of the best rappers in the game has to say on the new project.

Before Gibbs does that, though, he’s taking time out to offer an idea for up-and-coming rappers looking to rush and get into the game. Freddie Gibbs thinks the culture should take a page out of the NBA’s playbook and incorporate a rapping G-League.

For those who don’t know, the NBA’s G-League is a chance for young players to develop and hone their skills before making it to the majors. It’s a great chance for these guys to get used to the style of play in the NBA, and with all the new rappers born each day, it may not be a bad idea to have a Hip Hop developmental league.

There’s a market for it as fans have seen some artists learn the ropes on their own accord. In April, Saweetie revealed to Apple Music she’s been attending an artist development Bootcamp to work on various areas of her craft.

Freddie Gibbs doesn’t need to attend this proposed Hip Hop G-League as he’s a two-time HipHopDX Rap Album Of The Year champion with 2019’s collaborative effort with Madlib titled Bandana and 2020’s Alfredo with The Alchemist. Gibbs is polishing his rap skills with each release, and there may be a sequel on the way amid SSS‘s impending release.

During an interview with NPR’s The Formula, Freddie Gibbs spoke about Alfredo and shed light on an upcoming sequel.

“Next [album] I want to go to Hawaii,” Freddie Gibbs said. “We can record in Hawaii. I’m going to bring in like 20 strippers. I need it for my mindset.”