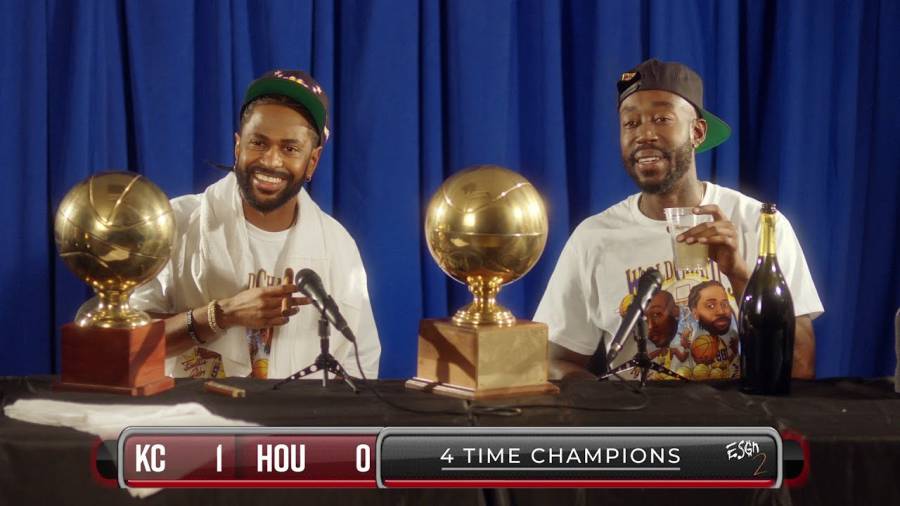 Freddie Gibbs, Big Sean and Hit-Boy have their own championship celebration in the video for “4 Thangs.” Just a few weeks after the Los Angeles Lakers won the 2020 NBA Finals, the trio reimagines themselves as being part of the team and enjoying the post-game festivities.

The video opens up with Gibbs and Sean at a press conference answering questions and cracking jokes. About one minute into the clip, Hit-Boy replaces Sean for a brief stint at the presser before the scene shifts to the locker room.

After popping champagne and starting the party with some dancers, the song finally kicks in with Gibbs and Sean trading bars. Hit-Boy briefly cuts back in to give an interview and salute his co-MVPs.

The celebrating concludes with a series of still shots explaining how life panned out for all three artists. The notes say Big Sean was inducted into the Basketball Hall of Fame, Hit-Boy opened an academy with a varsity team winning 23 titles and Gibbs retired to live on a remote island with 12 wives.