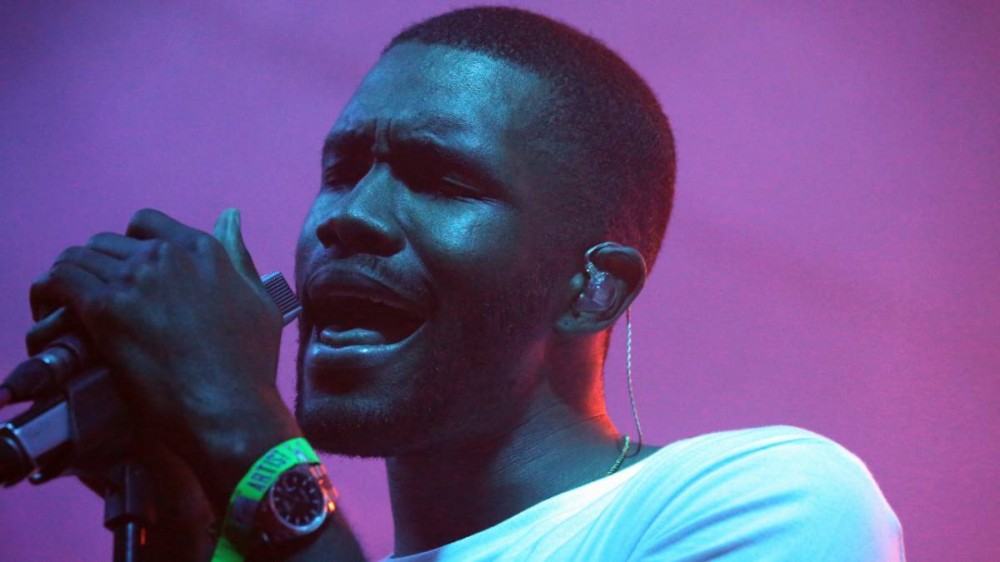 Frank Ocean made his long-awaited return to speakers this past weekend — and he came bearing a Christmas gift for his fans.

On Saturday (December 25), the elusive R&B singer hijacked Apple Music airwaves with a surprise Christmas episode of his Blonded Radio show, the platform where he’s previously premiered new songs such as “Chanel,” “Provider” and “Biking” featuring JAY-Z and Tyler, The Creator.

Aired with just a few hours’ notice, the 32-minute broadcast was less concerned with spreading holiday cheer, though, and more interested in dealing with heavy themes such as grief, stress, sickness and mental health. It featured a lengthy and moving monolog from Wim Hof, the Dutch motivational speaker who preaches the healing power of cold therapy and conscious breathing.

Hof — whose first wife committed suicide in 1995 — explained how exposing himself to freezing cold water helped him cope with her death. His words no doubt resonated with Frank, who suffered his own devastating loss last August when his 18-year-old brother, Ryan Breaux, was killed in a car accident.

Roughly 24 minutes in, the episode shifted to a new, unreleased Frank Ocean song. The untitled, nine-minute track finds the Grammy-winning virtuoso sketching out his thoughts over a melancholy piano melody, unloading freewheeling lyrics in a similar Young Thug-esque triplet flow he adopted on “RAF” and “Biking (Solo).”

Frank references Pharrell (“Big Pharrell, prayin’ hand”) and Diddy’s 1999 assault on music executive Steve Stoute (“Mazel tov, toss him a bottle, like what Puff did to Steve”), as well as Marc Jacobs, the Met Gala and fashion and nightlife influencer Tremaine Emory.

There is currently no word on whether the song will receive an official release (in its current “rough-draft” form or otherwise).

The untitled track marks Frank Ocean’s first new material since 2020’s double dispatch of “Dear April” and “Cayendo.” The 34-year-old crooner has been equally frugal when it comes to features over the last couple of years, making just a sole cameo on Tyler, The Creator’s CALL ME IF YOU GET LOST.

The eagerly anticipated follow-up to Frank’s 2016 chart-topping album Blonde could be one of a slew of high-profile releases in 2022, though. In September, it was reported Frank was shopping his forthcoming project around to record labels ahead of his headlining performance at Coachella 2023.

Sources close to those with whom he had meetings described the album as “fucking great.”