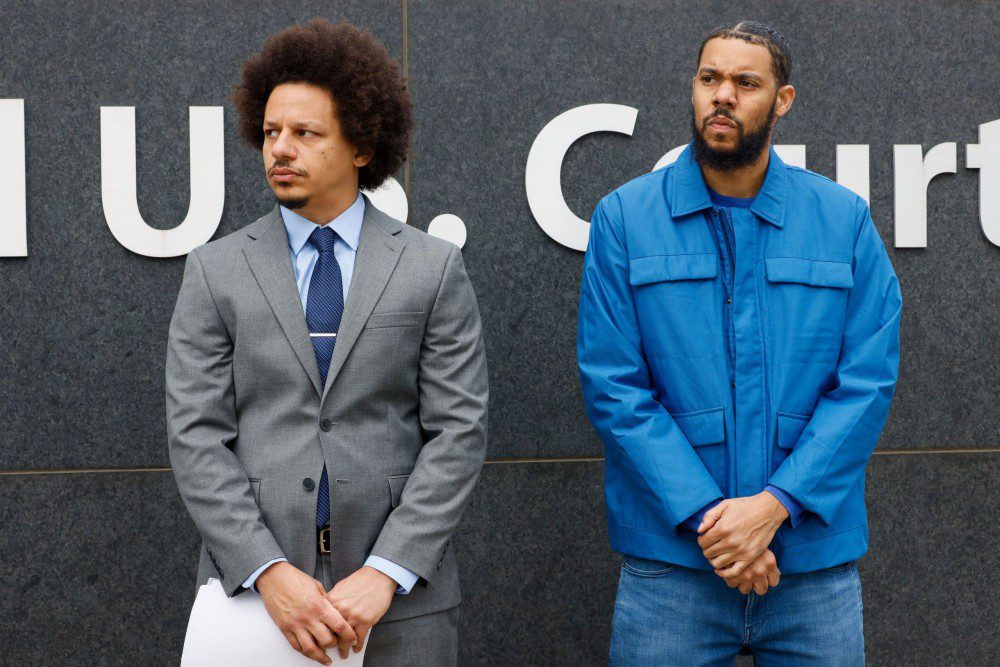 Comedians Eric Andre and Clayton English have filed a lawsuit claiming that the Clayton County, Atlanta police have engaged in racial profiling and coercive searches of black passengers as they are boarding flights at the Atlanta airport.

Andre and English were each singled out by police on separate occasions when they were attempting to board planes at Hartsfield-Jackson Atlanta International Airport.   Both report that they were blocked by police from accessing the plane on the jet bridge connecting the plane to the terminal, and asked if they were carrying illegal drugs.   The officers demanded to see their identification and boarding passes.  English reported that an officer asked to search his bag, and English allowed him to, believing he had no choice if he wanted to board his plane.  After English complained, the Clayton County police issued a statement on social media claiming that English’s stop had been “consensual” because he “chose to speak to investigators.”

Andre and English’s legal complaint cites police records showing that from August 30, 2020 to April 30, 2021, there were 402 stops of this nature made by the police at the Atlanta airport.  Out of 378 passengers whose race was reported, 211 were black (or 56%) and 258 were people of color (68%).    Although the stated purpose of the airport program is to combat drug trafficking, only three of the 402 stops resulted in actual seizures of drugs – namely, 10 grams of “drugs,” 26 grams of “suspected THC gummies” and six prescription pills for which the carrier did not have a prescription.

Moreover, police seized over $1 million dollars in cash and money orders from 25 people.  Of these 25 people, eight challenged the seizure of their money in court. Ultimately the police settled each of these cases, so the challengers did not even get back the full amount of the money that was seized (and presumably were out their legal fees as well).

At a news conference at the courthouse, Andre called these practices “unethical’ and said he had a “moral calling” to file the lawsuit because he has “the resources to bring national attention and international attention to this incident.”

Barry Friedman is one of the lawyers who filed the lawsuit and is the co-founder of the NYU School of Law Policing Project.  He has encouraged anyone who has had a similar experience to contact him.