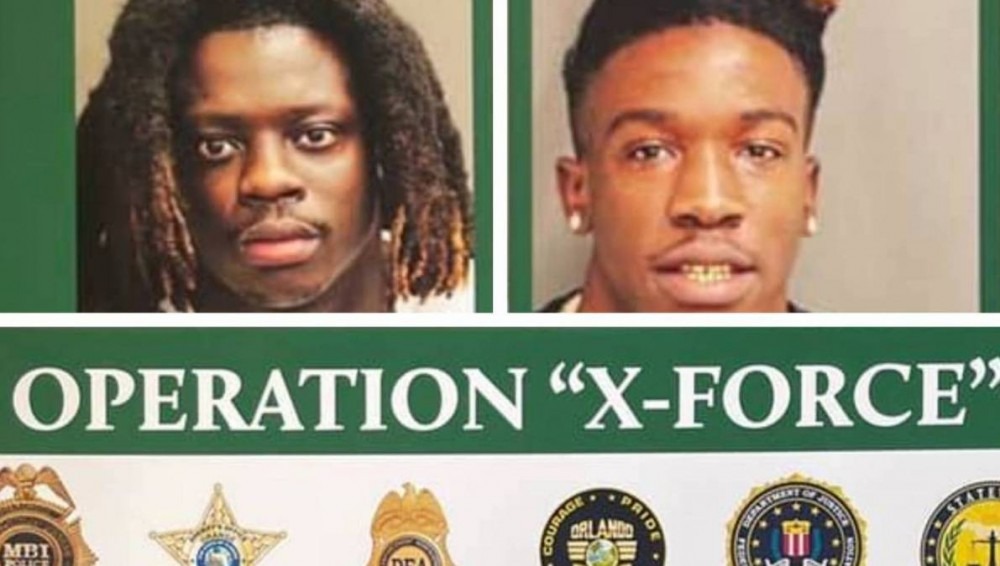 ORANGE COUNTY, FL –    Up-and-coming Orlando rappers 9lokkNine and HotBoii are among 34 individuals the Orange County Sheriff’s Office has been targeting for nearly a year in efforts to disrupt the ongoing street feud between deadly rivals Army Gang and 438 Gang.

The Metropolitan Bureau of Investigation (MBI) presented a new report to the medial on Friday (July 2), naming it “Operation X-Force” after the popular X-Men offshoot.

“These are the nearly three dozen suspects arrested or wanted on racketeering or drug trafficking charges after a nine-month investigation into criminal gangs in Orange County by the Metropolitan Bureau of Investigation (MBI),” the department said in a statement while brandishing all the mugshots.

These are the nearly three dozen suspects arrested or wanted on racketeering or drug trafficking charges after a nine-month investigation into criminal gangs in Orange County by the Metropolitan Bureau of Investigation (MBI). pic.twitter.com/ksVyEiSXTm

The 20-year-old 9lokkNine, born Jacquavius Dennard Smith, has been in police custody since June 21 on a $750,000 bond for racketeering and conspiracy charges. During the press conference, officials claimed to have found 13 fully automatic gun converters inside the Cash Money rapper’s home.

As for Hotboii (whose real name is Javarri Latre Walker), the 21-year-old Interscope Records artist released a song titled “Nobody Special” with Future, having released his debut album, Double O Baby in December.

However, as one of the few suspects who hasn’t been apprehended, he’s being labeled “at large” and faces similar conspiracy charges as his Army Gang rival 9lokkNine.

“Operation X-Force” ran over the course of 9 months and was notably fueled by the murder of innocent bystander 16-year-old Tavyiah King, who was the niece of Orlando City Commissioner Regina Hill.  “

The ongoing feud that has been going back and forth between these gangs has been responsible for over 30 shootings and several homicides in a number of our jurisdictions,” Sheriff John Mina told the press.

Here are just a few of the recent victims of gang-related violence in Orange County. We fight for them. If you have any information on any of these cases, you are urged to call Crimeline at 1-800-423-TIPS. pic.twitter.com/ACqwp32Vjl

The beefs’ catalysts are also being specified to the Hip Hop diss tracks, as well as “women and territory.”   Florida has a whole has experience its fair share of Hip Hop-violence this year; from the Miami-Dade County mass shooting to several other rising rappers being shot and living to tell about it.

Visit ClickOrlando for a fully detailed account of all the suspects.