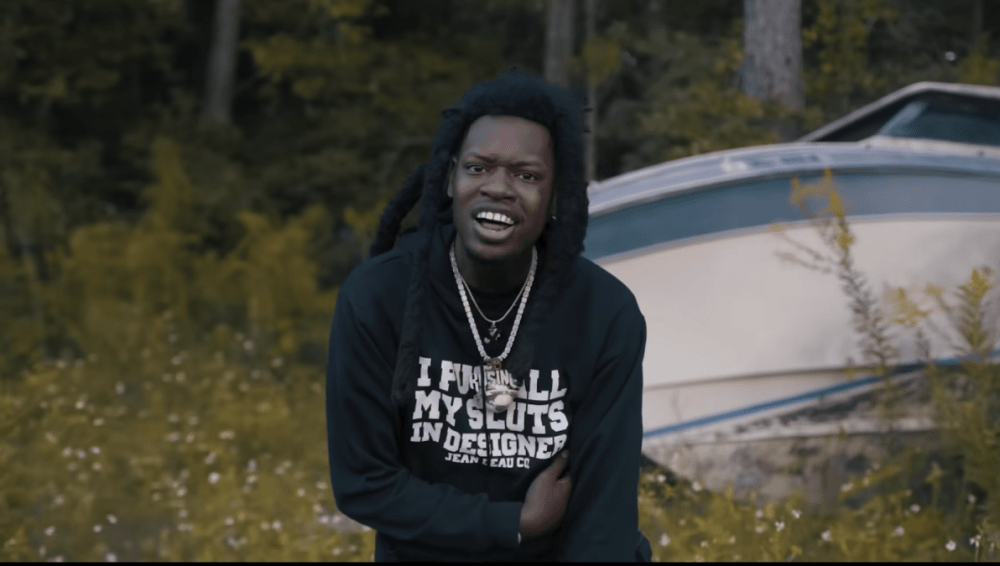 Julio Foolio has previously and controversially used his projects as a means of insulting those that have trespassed against him, even if those being called out are already dead. But the Jacksonville rapper took to Twitter on Tuesday (November 30) to say he’s going to put those antics behind him after the release of his next project.

“After my tape drop on the 3rd I’m done dissing dead opps and shit,” Foolo tweeted. “That shit childish I’m leaving all that in the past.”

The tweet comes after Foolio took a brief break from social media for most of November after he was grazed by a bullet in a drive-by shoot-out. Foolio returned to Twitter on November 28 to merely tweet out the release date of his next project.

“I kno I ain’t been active on here but I’m backkkk,” he tweeted. “Mixtape drop December 3rd.”

On November 7, Foolio was grazed by a bullet in a shootout, and in an Instagram Story post said that he was forced to return fire. “On treyd I got right in slides emptyed my whole clip u boys goodies I’m not dead so stop fakin for the internet,” Foolio said in his since-deleted Instagram Story. In the Story, he shows his fans the unloaded gun he used to return fire, as well as the bullet wound on his ankle.

He then wrote with a laughing emoji “y’all missed a whole 100 shots literally.”

The shooting was also reported by local news outlet News4Jax, who interviewed neighbors that said they had been making complaints about “suspicious activity” at Foolio’s residence for months but that police ignored them.

“We ran to check on our kids and ran to look out the window and we saw a car with its windshield shot out and several people running back and forth from the house next door to the car,” an anonymous neighbor told the outlet. “I was terrified. I thought I could have died. I thought my kids could have died.”