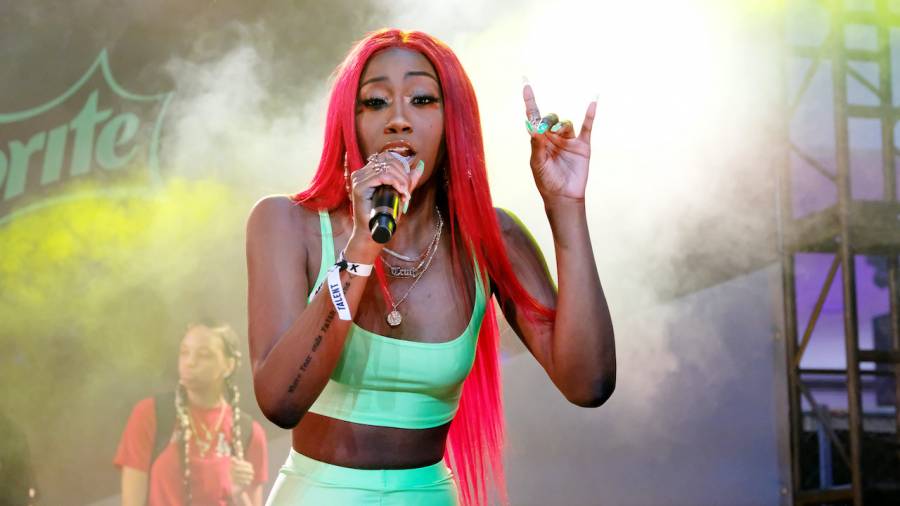 Mobile, AL – Flo Milli and OMB Peezy were big highlights for Alabama Hip Hop in 2020 and the two partnered with fellow Mobile artist MGM Lett and San Fransico 49er Jaquiski Tartt to give back to the city.

The foursome participated in the “251 Home Team Big Toy Giveaway,” helping give out over $20,000 in Christmas gifts to underserved families in the area. The event was so big, the Target located at the Shoppes of Bel Air Mall allowed participants to come in after-hours on Saturday (December 19) to shop.

Flo Milli shared a recap on her Instagram on Monday (December 21) of how the giveaway took place, regardless of bad weather.

Peezy, Flo Milli and Lett all emphasized how important it was for the children and for the city to receive some good this holiday season.

“We just wanted to do something for the city, because you know, they support us so we have to give back, Flo Milli told Al.com.

2020 was a launching point for Flo Milli, OMB Peezy and MGM Lett. The Mobile natives caught the attention of the world, first with Flo’s “Beef FloMix” exploding on TikTok then the subsequent release of her Ho, Why Is You Here? mixtape in August. Lett continued the momentum from 2019’s “Hustle & Flow” and his Never Lett Up tape with a guest spot of Yung Bleu’s “Talk Shit” alongside C-Nile. Peezy, along with rising stars such as NoCap and Rylo Rodriguez put a stamp on Mobile as a new emerging Hip Hop hotbed following the release of “Big Homie” and its remix featuring the late King Von and Jackboy.