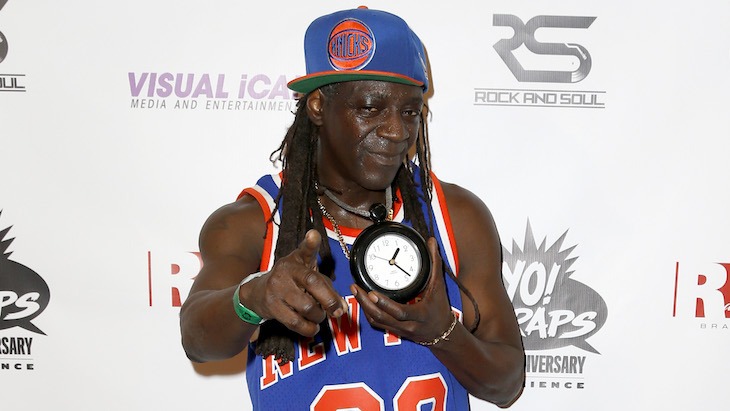 Flav has a new baby but it comes with a price tag. According to TMZ, Flavor Flav has agreed to pay $3,000 a month in child support. However, Flav missed the opening years of his life and all of those expenses and is now expected to pay it back.

According to the family of his new baby mother Kate, Flav was supposed to pay back child support of $78,704. That nearly 80K was due last month but has not been yet submitted. Flav told TMZ he is currently working toward getting the funds together.

Last week, it was revealed the iconic hypeman of Public Enemy revealed that he is the father of a three-year-old boy.

According to TMZ, Flav, 63, got a paternity test done to confirm that 3-year-old Jordan is his son. Jordan’s maternal grandparents, Barry and Parchi, reveal Jordan’s mother, Kate, used to manage Flav for years. Within that time the two had a romantic relationship.

Flav was unsure if he was the father but a paternity test revealed that he was. TMZ confirms child support and a custody arrangement between the parties involved and Flav is taking an active role in Jordan’s life.