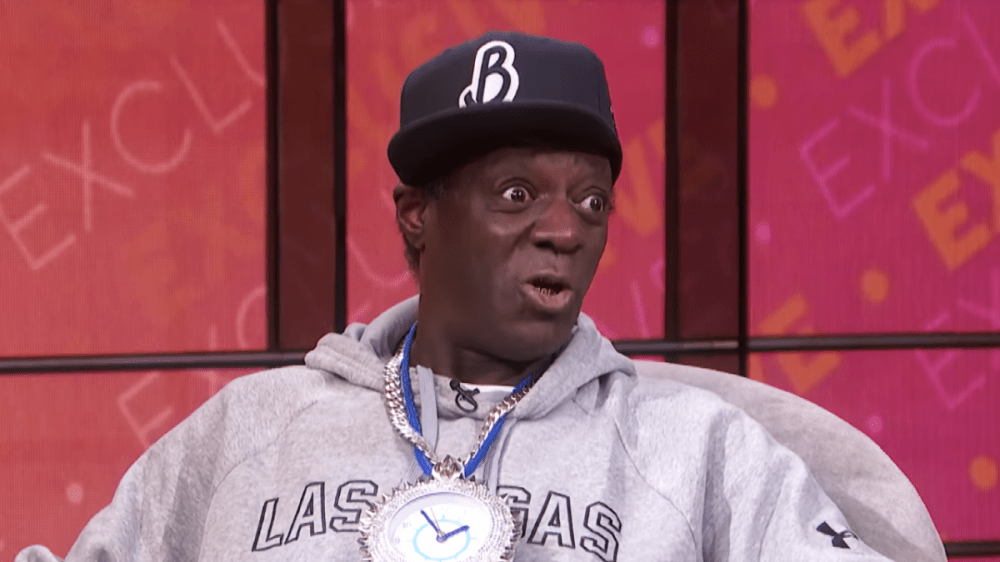 Flavor Flav is still shaken up after narrowly escaping death in a freak boulder accident earlier this week.

The Public Enemy legend was driving through La Tuna Canyon, California on Tuesday (December 14) when rainfall caused a boulder to fall from the cliffside above and almost crush his white Audi.

The boulder struck the right side of his car, causing severe damage to the headlights and bodywork, rendering it totaled. Luckily, Flav was unscathed and managed to steer himself to safety, avoiding any further collisions.

The following day, Flavor Flav joined Kevin Frazier on Entertainment Tonight to talk about his near-death experience, which he admits has left him mentally scarred.

However, the 62-year-old said he feels lucky to be alive and is trying to move past the incident.

“God is good. He wasn’t ready for me!” he joked. “The only thing I can do for myself is try to leave it in the past now and move forward, because I’m grateful to be here… I feel like a cat that just got another life.”

While detailing his close brush with death, Flavor Flav revealed he noticed “a lot of rocks in the street” while driving on the road, but there was no sign warning people about falling rocks — until he saw the boulder fall from the sky.

“As I’m driving, all I see is this big, giant object coming across my windshield and then it hit the street,” he explained. “And as soon as this boulder hit the street on the right side of my car — the rock grazed my car.”

Flav explained he drove away “in fear” for a few miles to reach safety, where he was flagged down by another driver who witnessed the collision. While he managed to escape any more falling rocks, he wasn’t able to avoid a celebrity moment with fan.

“There was a guy that was pulling over with me. He was signaling to me to roll the window down,” he said. “I roll the window down and he said, ‘Hey, I seen that back there.’ And then as soon as I got out the car he was like, ‘Oh my God! Flavor effing Flav!’”