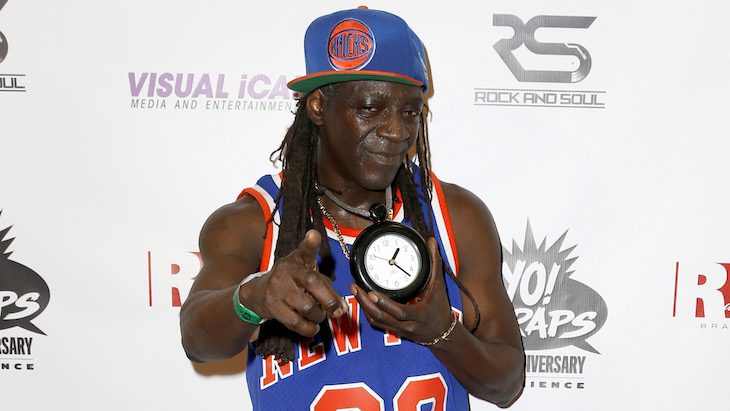 Hip-Hop legend Flavor Flav is celebrating his sobriety. Hitting Instagram, Flav revealed that he had been without cigarettes and alcohol for two years.

“Today is October 19,” said Flavor Flav. “And guess what: I am two years, no cigarettes, two years, no alcohol. And you know what? I feel real good y’all, just to let you know. And I don’t care what nobody say, I look good y’all.”

In May, the iconic hypeman of Public Enemy revealed that he is the father of a three-year-old boy.

According to TMZ, Flav, 63, got a paternity test done to confirm that 3-year-old Jordan is his son. Jordan’s maternal grandparents, Barry and Parchi, reveal Jordan’s mother, Kate, used to manage Flav for years. Within that time, the two had a romantic relationship.

Flav was unsure if he was the father, but a paternity test revealed he was. TMZ confirms child support and a custody arrangement between the parties involved, and Flav is taking an active role in Jordan’s life.