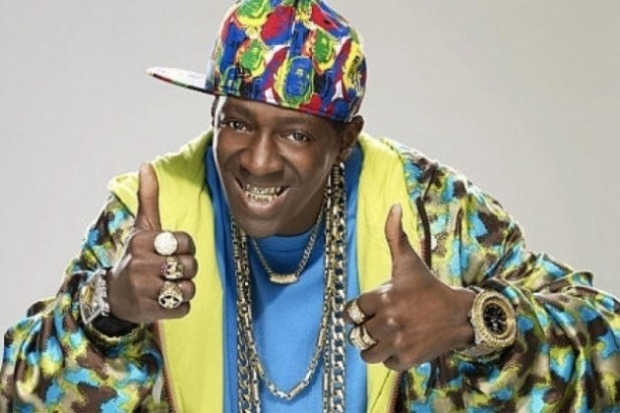 Flava Flav is lucky to be alive after a boulder almost crushed his car.

According to TMZ, Flav was driving from Las Vegas to Los Angeles yesterday when heavy rains caused a boulder to tumble down a cliff near La Tuna Canyon and strike the right side of his car. Flav lost control of the vehicle but was able to find his way back onto the road and pulled over.

The car suffered major damage to the front, right side of the hood, but had the car been a few inches in the other direction, there’s a chance that the boulder could have killed him.

Despite being kind of shaken up by the incident, Flav is in good spirits. He told TMZ that “God is good” and that he “came very close to death but is super grateful to be alive.”

A driver who saw the accident happen reportedly began to freak out just before stopping to make sure Flav was okay. Luckily for Flav, his team was able to call AAA to the scene as his car was inoperable