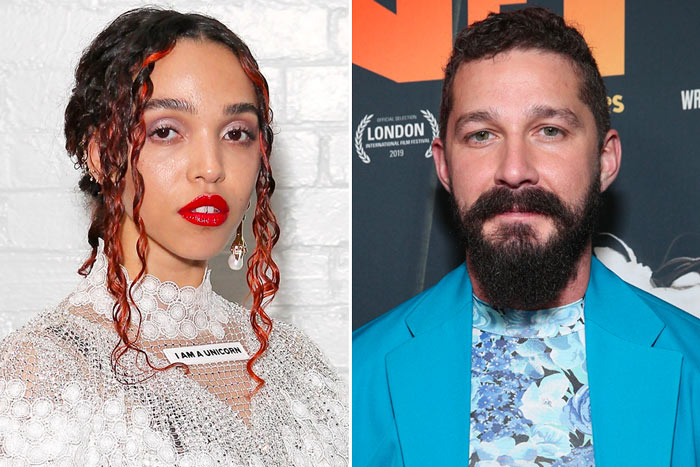 FKA twigs is suing her ex-boyfriend Shia LaBeouf over their allegedly abusive relationship.

In the lawsuit, filed in Los Angeles Superior Court, the singer, 32, accuses the actor, 34, of “relentless abuse,” including sexual battery, assault, and infliction of emotional distress.

According to The New York Times, twigs described an incident that occurred just after Valentine’s Day in 2019 when the couple was coming back from a trip to the desert. LaBeouf was allegedly driving recklessly and threatened to crash the car unless twigs professed her love for him.

She says she begged to be let out of the car before LaBeouf pulled over at a gas station and she removed her bags from the trunk. LaBeouf followed her and assaulted her, throwing her against the car while screaming in her face before forcing her back in the vehicle.

Twigs alleges that LaBeouf physically, emotionally, and mentally abused her many times during their relationship that lasted just under a year. She also claims that the Transformers star knowingly gave her a sexually transmitted disease in 2019, which he reportedly gave to at least one other woman.

Twigs, who is suing for unspecified damages, hopes by coming forward she will help other women in abusive situations. “I’d like to be able to raise awareness on the tactics that abusers use to control you and take away your agency,” she said.

LaBeouf addressed the abuse allegations made by twigs and other women, while acknowledging his struggles with PTSD and alcoholism.

“Although many of these allegations are not true. I am not in the position to defend any of my actions.” he said in a statement to The New York Times. “I owe these women the opportunity to air their statements publicly and accept accountability for those thing I have done. As someone in recovery, I have to face almost daily reminders of things I did say and do when I was drinking.”

He added, “It has always been easy for me to accept responsibility when my behavior reflects poorly on myself, but it’s much harder to accept the knowledge that I may have caused great pain to others. I can’t rewrite history. I can only accept it and work to be better in the future. I write this as a sober member of a 12-step program and in therapy for my many failings.”

He also apologized for his behavior. “I am not cured of my PTSD and alcoholism, but I am committed to doing what I need to do to recover, and I will forever be sorry to the people that I may have harmed along the way.”