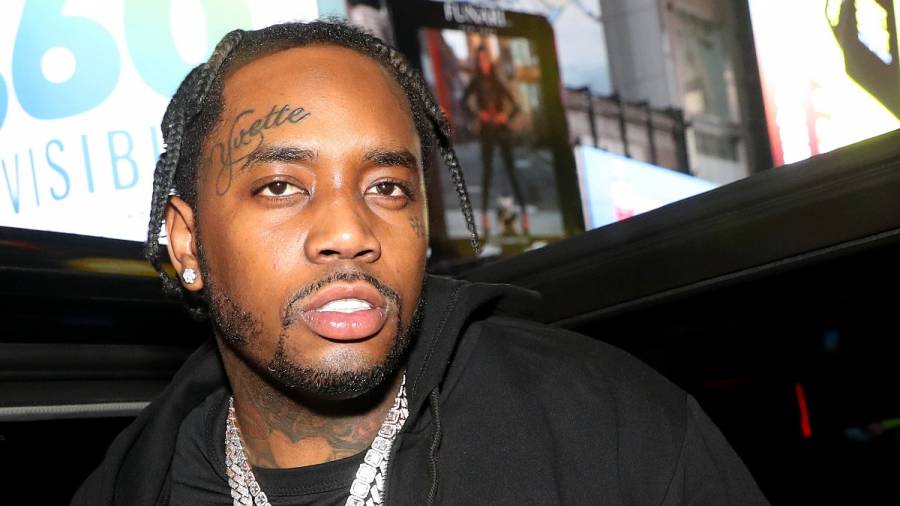 With New York City looking for its next big star following Pop Smoke’s passing in February 2020, Fivio Foreign has been gearing up to claim the top spot with his upcoming debut album. Earlier this month, he linked up with Rowdy Rebel for a new collaboration, and Fivio seems to have his sights set on even more. On Tuesday (January 26), footage of the Brooklyn rapper putting in work with an unexpected friend made its rounds.

In the clip shared on Akademiks’ Instagram page, Fivio stands alongside San Francisco native 24kGoldn while they both rap along to a new song they seemingly just recorded. Goldn croons all over his part as the “Big Drip” rapper dances next to him, but the clip cuts off right before what seems to be Fivio singing in autotune.

It’s unclear where or when this new song will be available but it’s interesting to see Fivio continue to branch out and work with rappers outside his comfort zone. He recently got a huge nod when Nas tapped him last year for a feature on “Spicy” off the King’s Disease album.

As fans wait for the forthcoming debut album, Fivio caused a stir amongst them last week when he attempted to put an end to all the talk surrounding who’s the originator of Brooklyn drill music. He wouldn’t except any answer outside of his late friend Pop Smoke and made sure to tell everyone else who thought otherwise they’re wrong.

“Don’t even ask me me who started Brooklyn drill,” he wrote after mentioning he was in album mode in a previous tweet. “Cuz it only 1 answer.. IDK wtf everybody else talkin bout.”

I’m cuttin my brain off for a while im goin Album mood.

Don’t even ask me me who started Brooklyn drill.. Cuz it only 1 answer.. IDK wtf everybody else talkin bout.