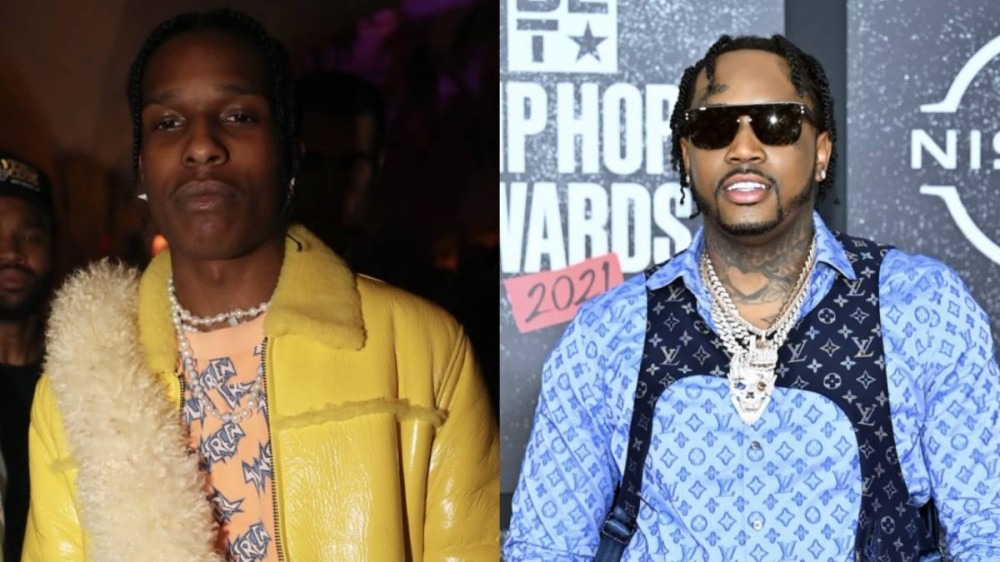 Fivio Foreign is releasing a new album executive produced by Kanye West, and he’s been hard at work putting the project together behind the scenes. Over the weekend, Fivio hopped on Instagram Live to chat with fans and, in the process, gave them a snippet of a new collaboration with A$AP Rocky.

In the video shared by OurGenerationMusic, Fivio Foreign is chowing down on some food as the track plays in the background. Fans can hear a heavy New York drill beat with Fivio and Rocky trading verses about women, their money and challenging their opps.

The new song is the first collaboration between Fivio and Flacko, and there’s no confirmation it will show up on the Brooklyn rap star’s forthcoming album. There’s a possibility it can also show up on A$AP Rocky’s new album, allegedly titled All $miles.

Fivio Foreign is pulling all the stops for his debut album. After appearing on “Off The Grid” and “Ok Ok” off Kanye West’s Donda, the “Big Drip” rapper revealed to a fan on Twitter that Ye is executive producing his album.

Fivio retweeted the post with a caption reading, “He doin my Album.”

The following month Fivio revealed to the L.A. Leakers that Kanye compared him to another Brooklyn rapper who also turns out to be a legend.