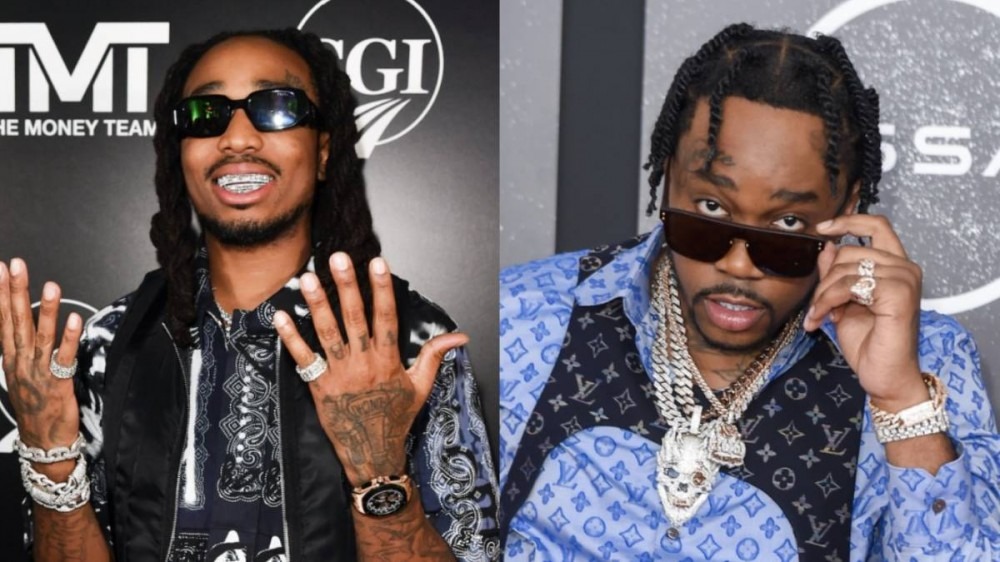 Fivio Foreign is getting ready to drop his long-awaited debut studio album B.I.B.L.E., and he’s been teasing records off the project, such as his “Magic City” collaboration with Migos member Quavo. The “Big Drip” rapper gave a snippet of the fiery new track on his Instagram Story last week, and it looks like we’ll be getting the track very soon.

Quavo recently took to his Instagram Story this week with an update regarding “Magic City,” and fans can get excited that the duo is in the process of recording the official music video for the song. The song takes its name from the famed Atlanta premier strip club called Magic City where people like Future and others visit frequently. In Quavo’s post, fans can see the rapper flexing his jewelry before turning the camera and showing the music video set filled with people inside what appears to be a club.

Fans got to hear some of what Quavo was spitting on the drill-heavy track in Fivio’s teaser on Instagram last week. In his verse, Quavo goes right to work rapping about his riches and ability to clap back at the opps.

“Bitch I’m going viral, put that on the bible/turned my shooters into snipers/Killed them on the arrival/I killed them, I killed them,” Quavo rapped on the fast-paced beat.

There’s no confirmation on the exact release date for the “Magic City” music video, but both artists are certain it’s coming before B.I.B.L.E. drops. Fivio’s debut is scheduled to release on March 25, with Kanye West allegedly serving as an executive producer.