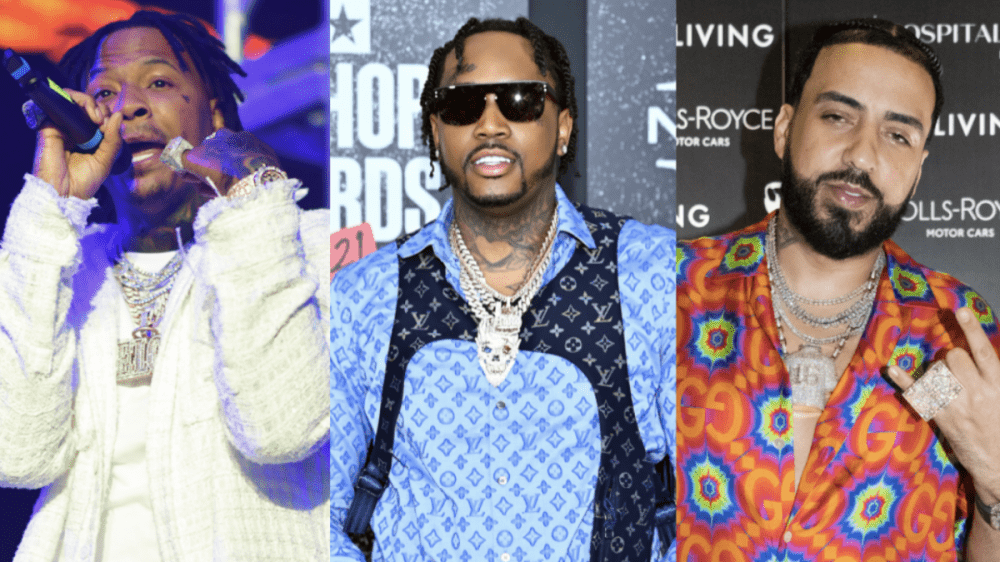 Kanye West put his own spin on Black History Month by reimagining the celebration as Black Future Month for February 2022.

Yeezy hosted a conference of sorts earlier in February where he brought together Black creatives from all walks of life and rappers such as Fivio Foreign, Moneybagg Yo and French Montana grabbed the mic to deliver a few inspiring words to viewers.

French Montana stepped into the center of the circle surrounded by probably close to 100 people in black threads and talked about his journey from Africa to the U.S. and how everyone originally thought his rap aspirations were too big and too crazy to turn into a reality.

“City of Gods” collaborator Fivio Foreign took center stage and kept his lecture on the shorter side. The drill rhymer talked about how he’s living proof that you can make it from the gutter to the mansion.

“I came from homeless and sleeping in my man’s cribs and police rushing the crib every two-three days,” he reflected. “I go back and see the same police and they be like, ‘I’m proud of you, you made out where you came from doing something positive.’”

Moneybagg Yo’s speech was probably the shortest in length as he chose to focus on the future and diversifying investments on things such as real estate.

“I started from ground zero and I’m here now and I didn’t think I’d never be here,” Big Bag began. “My mentality right now: I’m buying Plain watches, buying property, buying land and building my community up. This is the future.”

Besides Kanye West, others to speak at the conference include singer Shenseea and Donda Sports president Antonio Brown. Find them all over at the official Donda Instagram.