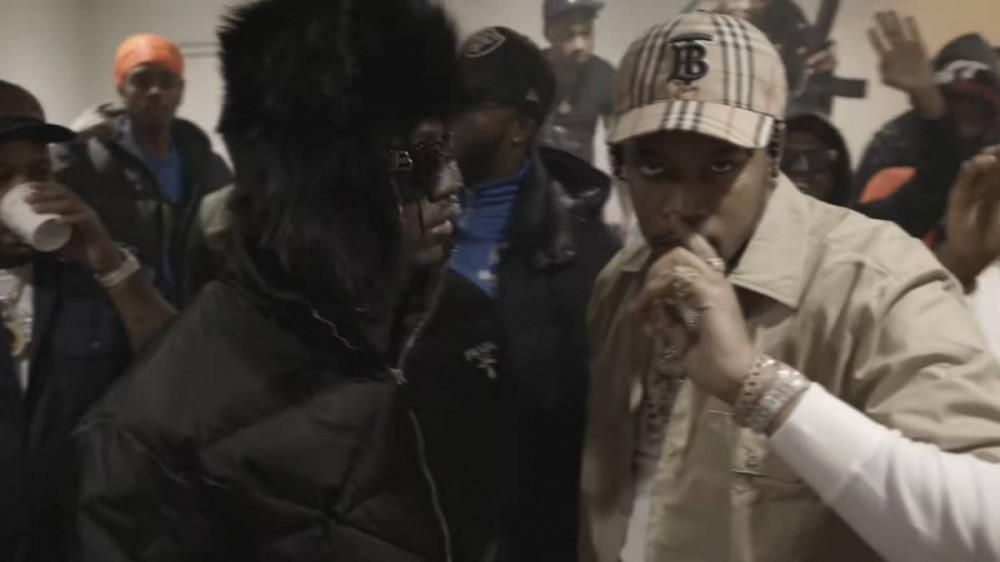 Fivio Foreign’s debut album B.I.B.L.E. is finally here, and the Brooklyn rap star has been giving fans so much content in the form of music videos. The latest visual to come out of the house of Fivi is the Lil Yachty-assisted “Slime Them.”

The “Big Drip” rapper unleashed the music video directed by AMD Visuals on Thursday (April 14), and the clip finds Fivio and Lil Yachty getting off their raps inside a mansion. Their respective crews surround Foreign and Lil Boat while the cameraman captures them in full drip with iced-out jewelry to match.

“I had to orchestrate (Huh)/Time is money, can’t afford to wait (Nah)/Tomorrow (Tomorrow)/Is more than late (Lil’ bitch, uh)/I took you to dinner, I bought the plate (Uh)/I’m just trying to avoid the fakes/Bullets is hittin’ up all the place (Baow)/He hold it down if he caught the case (Uh),” Fivio raps.

Yachty takes the baton from the Brooklyn rapper’s hands as he dishes some bars of his own: “Shiesty, all of my n-ggas is shiesty (Uh)/My main bitch too feisty (Uh)/Fucked yours off my ice piece (Uh, uh, uh, ayy, ayy, ayy)/Swingin’ (Woo)/Both ears ringin’ (Uh)/Thirties get to singin’ (Baow)/Hollows get to beamin’ (Yeah, look).”

“Slime Them” is the second collaboration between Fivio Foreign and Lil Yachty, with the first one being “Ok Ok” off Kanye West’s Donda. While fans take in all the videos he’s dishing out, Fivio Foreign will be celebrating the release of his debut album for a while with all the love he’s getting on social media.

B.I.B.L.E. was released on April 8 and came with 17 tracks for fans to indulge in. Joining Fivio on the album is Ye, Alicia Keys, Quavo, Queen Naija, Coi Leray, Chlöe, A$AP Rocky, DJ Khaled, Blueface and more.