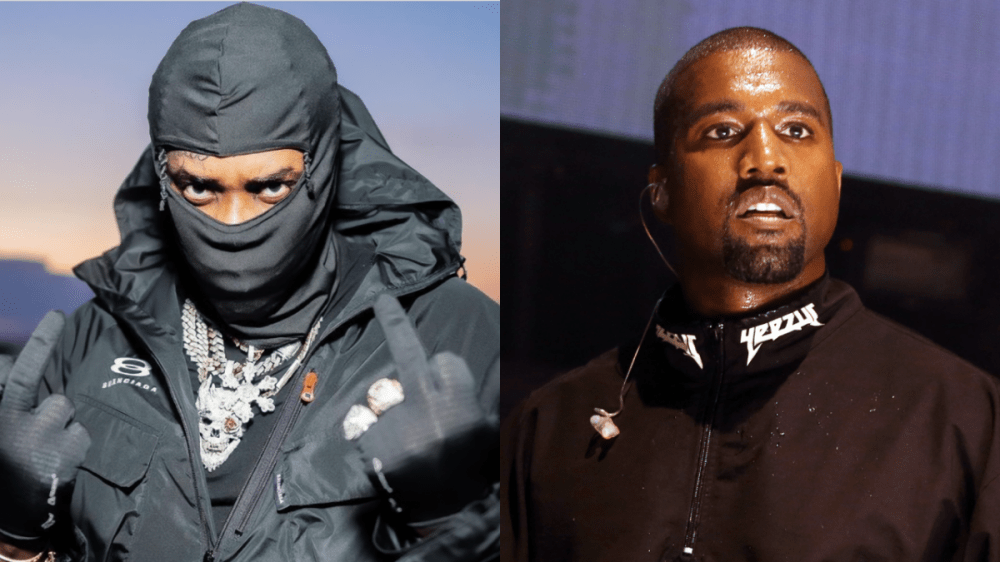 Kanye West is one of the hardest working people in Hip Hop. When he’s not making music or working on someone else’s project, Ye is locked in with his various business endeavors such as his Yeezy Gap clothing line.

During a recent interview on DJ Akademiks’ Off the Record podcast, Brooklyn rapper Fivio Foreign spoke about Kanye’s work ethic and how relentless his daily schedule is. Of course, Fivio’s been getting a front row seat to the action since he first linked up with Ye on last year’s DONDA.

“He wake up everyday at six in the morning, no matter what he country he’s at,” Fivio explained. “He’s in tune, he’s always working. He’ll be in the studio recording and he’ll be like, ‘Hold on.’ He’ll have somebody from some type of big company or the prince or princess of Saudi Arabia fly over.

“And he’d work something out, he’ll build a building, design it real fast and then come lay a few more bars down, and then work on some Yeezy’s real fast. He’s doing it like that.”

It appears Fivio Foreign is taking notes from Kanye West‘s tireless work ethic. In September, the “Big Drip” rapper revealed Kanye’s strict studio rules for DONDA, which he wants to incorporate into his own creative process.

The respect is clearly mutual. Kanye was so enamored with the BK MC’s energy following his scene-stealing verse on “Off The Grid” that he gave him one of the biggest compliments of his career.

Fivio Foreign was one of several artists who joined Kanye West for his Donda 2 performance at Miami’s LoanDepot Park on Tuesday night (February 22). The duo performed “Off the Grid” with Playboi Carti and their latest collaboration “City of Gods” alongside Alicia Keys, although the concert was marred by sound issues.