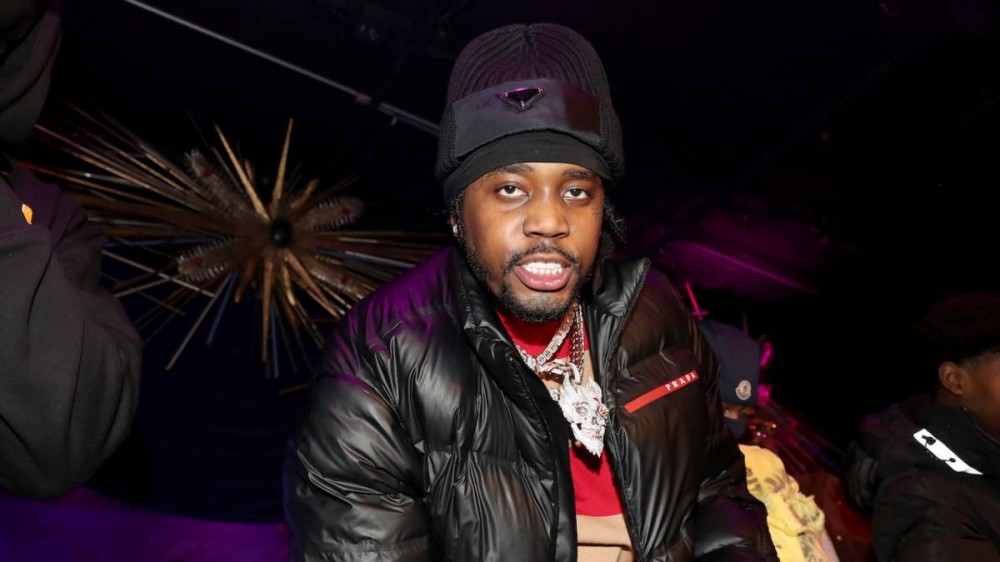 Most artists can recall the first time they were nominated for a Grammy Award. In Fivio Foreign’s case, the Brooklyn drill pioneer is documenting the entire experience, a symbol of how Grammy Awards usually don’t arrive in his neighborhood.

In a video he shared to his Instagram account on Sunday (March 20), Fivio held his official Grammy nomination before explaining how the Recording Academy gives each nominee a gift to commemorate the achievement. After peeling through a baby blue wrapped bag, Fivio pulls out a Tiffany & Co. gold medal, with Recording Academy on the front and Grammy nominee on the back.

“I just tryna motivated the people that never been motivated,” he captioned the video. “We Grammy Nominated. I’m the hardest working new artist out.. Just wait for this Album B.I.B.L.E 4/8.”

Fivio Foreign’s nomination comes for his work on Kanye West’s Donda, particularly the single “Off The Grid.” The 10th studio album by Ye is nominated for four awards, including Album of the Year, Best Rap Album, Best Rap Song and Best Melodic Rap Performance.

Fivio’s focus outside of the April 3 ceremony is his upcoming debut album, B.I.B.L.E.. Initially scheduled to arrive in late March, Fivio pushed the album back a week due to a chase for perfection.

“My album gon’ be pushed back,” he told his fans in his Instagram Stories. “I pushed it back one more time. This is the last time though, for sure. It was March 25, now it’s April 8. It ain’t really a reason or anything, I just wanted to make that shit perfect. I want it to be the perfect album. That shit is going to be viral. Stay tuned, that shit gon’ be viral. April 8.”