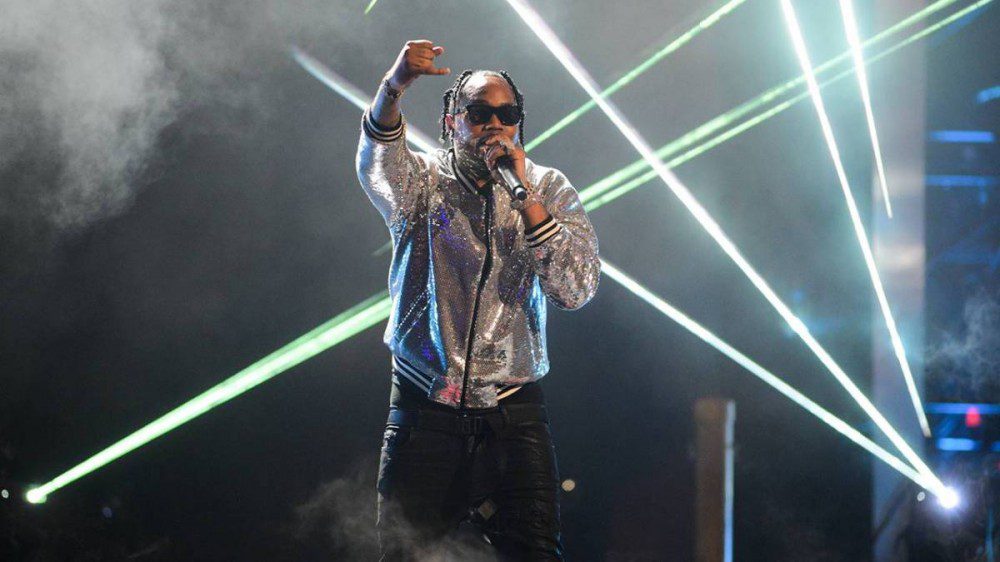 Fivio Foreign has explained his horrendous performance during the halftime show of the Brooklyn Nets and New Orleans Pelicans NBA game earlier this week.

TMZ caught up with the Brooklyn rapper and asked what happened during his performance on Wednesday (October 19) which drew quite a reaction from fans on social media. According to Fivio, the issues came from the Barclays Center production team not his performance.

The reporter asked Fivio if the production team belonged to the Barclays Center and he confirmed while letting off a laugh and explained it wasn’t the team he usually uses for performances.

Fivio then explained his in-ear monitors weren’t synched to the audio of the performance leading to him looking confused during the set. However, this wasn’t the first time this happened to him, as he revealed it occurred when he performed alongside Kanye West at the Donda 2 listening event in February.

“Same type of shit happened. The shit was like off so I wasn’t really tripping,” Fivio said before he explained he actually does know the words to his songs. “The sound was just off. I was hearing it at one time and it was coming out at another time.”

During the tumultuous set, Fivio performed hits such as “Big Drip,” “Say My Name” and “City of Gods” but was unable to rap on beat as the backing track blared through the arena’s speakers. Fans had a field day on social media as they roasted Fivio with posts making fun of his performance.

“Fivio Foreign is doing the halftime show for the #Nets and it’s like he’s trying to perform the songs after just hearing them for the first time five minutes before,” one person joked.

Another quipped: “If you’re illegally streaming this Nets game you know that this fivio foreign halftime performance is one of the worst things in history.”