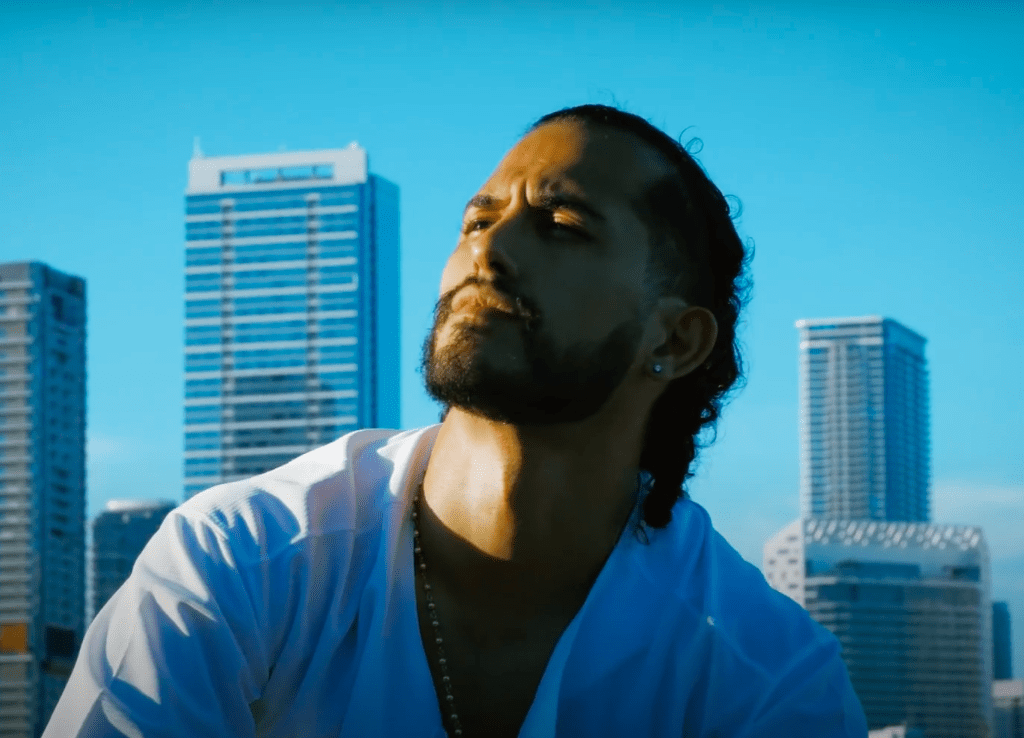 Florida-based Puerto Rican urban singer and songwriter FG Figueroa is releasing a brand new song with its spectacular music video. The song is titled “Odio” and is off his latest album, The Prelude. “Odio” was produced by C.O.D.A. and Jose Azcona, and the music video was directed by Flowercop, with his management’s label Renaissance Music Group 2020.

“Odio” captures South Florida’s architectural influence on FG Figueroa and makes a statement to the world by his selection of attire, a “Santurce Cangrejeros” jersey of Puerto Rican baseball player Roberto Clemente, demonstrating that even though he grew up in South Florida he will always be from Puerto Rico.

FG Figueroa’s one-of-a-kind aesthetics, made of a complex layering of atmospheric sensuality, organic and electronic textures merged to a chill-out atmosphere, does wonders both visually and sonically.

The powerful sonic fusion of r&b, latin-pop, pop, rap, and reggaeton is the key element to the success of “Odio” as well as to everything the young talented artist creates. He gets inspired by a wide spectrum of artists including Michael Jackson, Marvin Gaye, Sade, Usher, Hector Lavoe, Marc Anthony, Eminem, Jay-Z, Kanye West, Linkin Park, Don Omar, Daddy Yankee, Arcangel, Wisin Y Yandel, and many more.

The exciting and ever-evolving artist displays his dominating presence and bright creativity on “Odio,” and triggers our highest curiosity and excitement for what’s coming next!