Fetty Wap made a song for his new boo.

After being in the public eye for his personal life more so than his music lately, Fetty decides to combine the two. (Not a bad idea).

His former girlfriend, Alexis Skyy put him on blast on social media last month for not supporting their newborn daughter.

Alexis, who stars in the TV show, "Love And Hip Hop: Hollywood" posted a story on her Instagram alleging that Fetty abandoned her after she delivered their baby prematurely.

Until last month, the baby was under the hospital's care with issues related to being born three months early. She had threatened to take him to court if he didn't pay up for support: 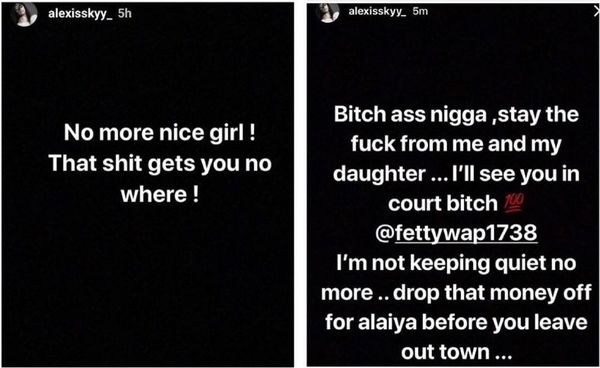 She then had gone as far as tagging his new fling, Corri who goes by the name @KissWowie on Instagram, advising her to use a condom with him.

Looks like Fetty is serious about KissWowie being that this new song is titled after her. Listen below!