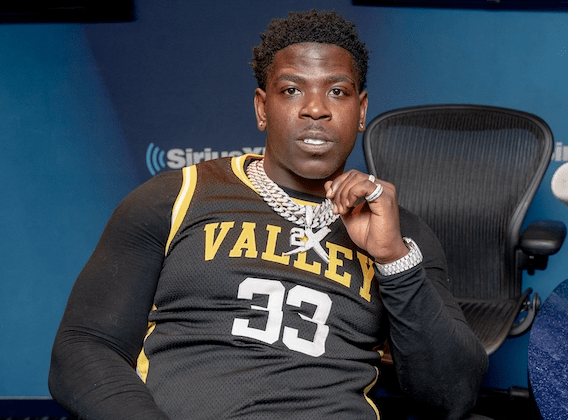 According to a recent report from VladTV, federal prosecutors from the Southern District of New York’s U.S. Attorney’s office are recommending 20 to 24 years in federal prison for who they allege served as the “Godfather” of the Brooklyn-based Gorilla Stone Nation.

31-year-old Donovan “Donnie Love” Gillard plead guilty to a racketeering charge and is set be sentenced on August 17. Southern District prosecutors have linked Gillard to an approximation of 220 and 881 pounds in marijuana sales as well as a failed murder attempt of a rival gang member.

Prosecutors from New York’s U.S. Attorney’s office held a sentencing brief, in which they dubbed Gillard the “Godfather” of the “Money Gang Cave” of Gorilla Stone and even pegged as the “acting Street Leader” of the entire organization. They allege that Gillard ordered hits and was by default entitled to profits made from illegal drug transactions out of state.

“Gillard’s leadership role meant that he was responsible for ensuring that his many reports followed the gang’s rules, including retaliating against rival gang members who threatened the gang’s narcotics dealing or its overall reputation and stature,” federal prosecutors wrote in the sentencing brief. “Gillard was responsible for ensuring that his reports learned the Gorilla Stone oath and its various rules, and he played a role in recruiting young members to the violent gang.”

Gillard’s lawyers have requested that their client be sentenced to no less than the mandatory minimum, citing that Gillard made it through a traumatic childhood, including the death of his mother.

“He is the role model to his girlfriend’s sons, a role he is equally eager to return to, and an ailing aunt that previously relied on his support and daily assistance,” his attorneys wrote in the sentencing brief.

It is suggested that Gillard’s sentencing next week will give some indication as to what type of sentence Brooklyn rapper Caswell “Casanova” Senior could be handed down. Casanova has pleaded guilty to a racketeering offense and faces a maximum of life in prison. Both Senior and Gillard will be sentenced by U.S. District Judge Phillip Halpern.

Casanova’s sentencing is set for December 6, 2022.