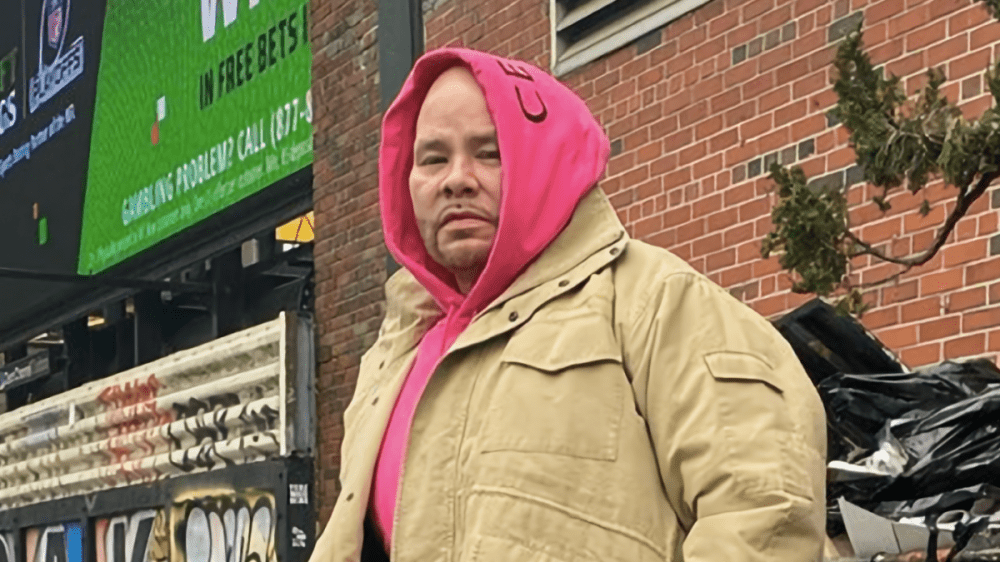 Exclusive – Growing up in the South Bronx, Fat Joe used to get jumped practically every day after school by a particular group of bullies. As he explained in the A&E series The Origins Of Hip Hop, “It was scary looking out the classroom window knowing there’s 20 guys ready to beat my ass. They would never fight fair.” But one day, his best and only friend Leonard was told if he didn’t beat up Fat Joe with them, they were going to beat him up every day, too, so that’s exactly what happened.

Devastated by the betrayal, the young Fat Joe went home and cried for hours until something inside snapped: “That was the birth of Joey Crack […] My heart just turned black that day.” Soon, Fat Joe was getting in fights and hustling in the streets much to the disappointment of his parents. Still, despite this newfound tough exterior, nothing prepared him for the day he found out he was going to be a father. Just 19 at the time, Fat Joe was nowhere near ready to raise a child.

“That was the scariest moment of my life, man,” he said during a recent Zoom interview with HipHopDX. “It was. It was scary. I was just a kid myself. I had just got my record deal. I didn’t even have a song out. It was just really, really scary to be so young and have so much responsibility, so that was my initial response.”

Now in his 30s, Fat Joe’s son Joey — who has autism — is a bright spot in the Terror Squad legend’s life. In April, the 51-year-old rapper penned a heartfelt tribute to his son in honor of World Autism Awareness Day, writing in part, “Joey is my heart, my king, my everything. Our kids are our biggest blessings.” But it’s not always easy.

“I went with my wife to the diner this morning and I was like, yo, you know, I gotta have a real conversation with Azariah. She just turned 16. So it’s like, ‘Oh my God [laughs].’ But I wouldn’t trade it for nothing in the world, man. It’s nothing better than being a dad and raising kids. And hopefully, they can take this legacy to another level.”

When asked if any of his three children — Joey, Ryan and Azariah — are into music, Fat Joe explains, “My second son is into music, but I don’t think your kids gotta do exactly what you have done in life to be successful. In fact, that’s like really, really extra pressure. You know what I mean? Cause your father’s supposedly a great artist. How you gonna follow up? So I don’t like them to have that type of pressure on them. My daughter wants to do media at Viacom or something like that. That’s what she wants. She can do it.”

With Sunday (June 19) being Father’s Day, Fat Joe is hoping he’s gifted a bottle of CÎROC VS Fine French Brandy. For the second year in a row, Fat Joe has partnered with the Diddy-affiliated brand as part of The Dad Gang, a community of dads on a mission to change the stereotype around what it means to be a Black and Brown father.

“I hope I get me some CÎROC VS ’cause they gotta gimme something ’cause I’m always giving them stuff,” he says with a laugh. “They never give me nothing. I’m putting it out there right now. I want some CÎROC VS!”

Other than that, Fat Joe says he pretty much has anything he could ever want — although he will always take another pair of sneakers. “I’m addicted,” he admits. “If you saw my closet, you would go crazy.”

On Thursday (June 16), Fat Joe raised a glass of CÎROC VS to the ‘Very Special’ dad’s at the Dope Dad’s Awards Dinner in New York City, recognizing the impact these dads have in their communities while celebrating the diversity of fatherhood.

“I want to acknowledge The Dad Gang,” he says. “They are real fathers, and they’re really in the community making change and supporting all the kids ’cause it takes a village. And so I’m proud to be going to the The Dope Dad Awards and hanging out with these guys. I hang out with ’em every year thanks to CÎROC, and they tell me their stories and it ain’t just like a one-day thing. We keep in touch.

“I’m really proud of these guys. It’s so important for us to be fathers to our kids and show our kids love ’cause what they really need is love. When you see people that know they’re loved, they just look different. They look like, ‘I know I have someone that loves me.’ I definitely let my kids know that.”

As for raising a teenager daughter, Fat Joe admits he’s a little leary of boys coming in her life but wants to make sure she’s still comfortable talking to him about anything. Not only does she have “scary uncles,” but Joe says she’s “very respectful” and “follows protocol” so thankfully, he hasn’t had to push anyone’s head through a wall (at least not yet).

While Fat Joe’s relationship with his parents may be complicated, he says one of his proudest moments is when he pulls up to their house, one he was able to buy for them.

“I feel the best ever when I pull up to my mother and father’s home,” he says. “It’s not even fancy and it’s not as big as my house, but I pull up there and I feel so good. I feel like, ‘Wow.’ ‘Cause we can’t repay these people back for everything they’ve done for us. Nothing’s good enough.”