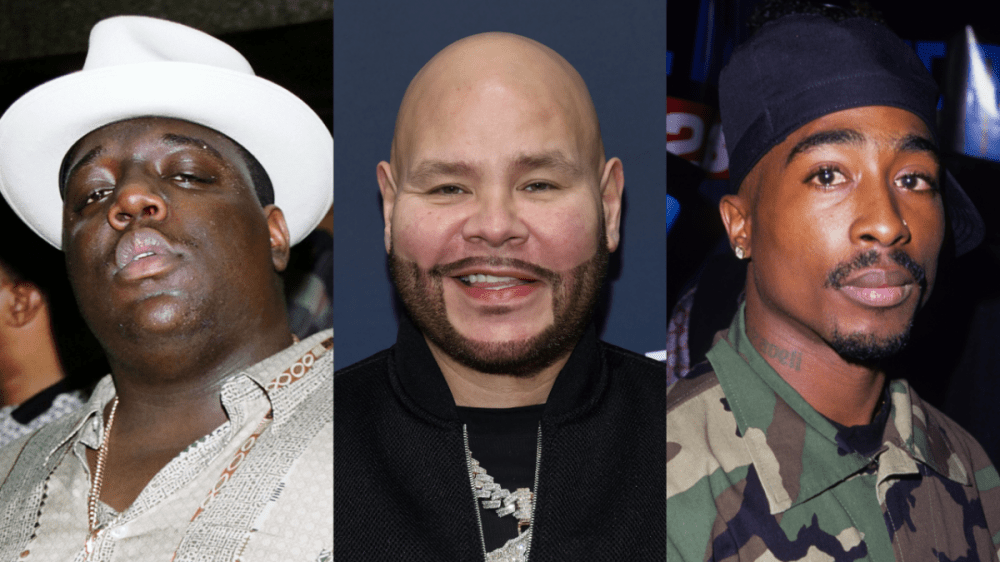 Fat Joe is a Hip Hop legend at this point of his career, and with all the time he’s put in as a successful rapper, The Bronx native has stories for days. One of his most exciting stories revolves around his experience during the violent East Coast/West Coast beef of the ’90s.

During a recent visit to Big U’s Checc’n-In Podcast, Joey Crack claimed he played a major role in putting an end to the beef that cost the lives of two of Hip Hop’s most influential rappers, The Notorious B.I.G. and 2Pac. Joe explained the period of peace kicked off during a meeting between the two coasts at Minister Louis Farrakhan’s Chicago, Illinois home.

According to Fat Joe, he and Doug E. Fresh were the only two NYC rappers in a room full of West Coast artists at the meeting. Things got heated as Joe and Ice Cube had a confrontation after The Bronx rapper felt his peer could’ve done more to prevent the coasts’ beef from getting out of hand, given how popular he was on the East Coast.

Fat Joe said Mack 10 came to ease the situation, which proved beneficial as the Terror Squad boss began to have a productive conversation with Mack.

“Mack 10 was Ice Cube’s guy, right? So me and Mack 10 hit it off and he was like, ‘Yo man, I fuck with you Fat Joe. Everything I hear about you,’ this and that,” Joe said. “And I’m like, ‘Yo, you know I fuck with all of y’all too?’ He was like, ‘Yo man, let’s show them that an East Coast and West Coast could do something positive. Let’s work together.’ And we shot the movie Thicker Than Water out in L.A.”

Fat Joe added, “From there, that showed people that New York and L.A. could work together and we became a bond and we was doing videos together and working. And I would like to say that eased the tension between the East Coast and West Coast. It needed something like that. A Fat Joe, Mack 10 and everybody start working with each other and showing brotherhood and unity.”

That wasn’t the only time Fat Joe allegedly saved the day. Common shared a story in August about the time Joey Crack saved his life after running into Mack 10 at the height of his ugly feud with Ice Cube.

Common explained to Hot 97 that one of his friends got into an altercation with Mack 10 while filming a Sprite commercial. The moment got tense after the friend stretched the issue with Mack 10, which led to him getting jumped. Common was going to be next for a beatdown, but Fat Joe convinced Mack 10 and his crew to leave the Chicago native alone.