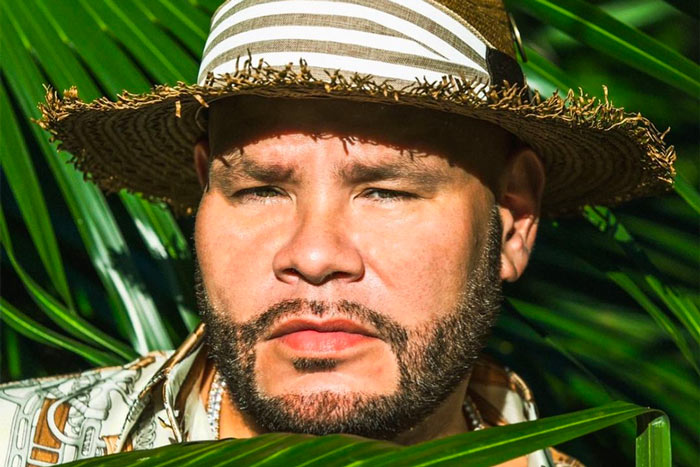 Fat Joe may have retired if it wasn’t for Eminem.

In an exclusive interview with Rap-Up to promote Pepsi’s “Your Wildest Dreams” virtual talent competition, the Bronx legend shared how a call from Slim Shady saved him from hanging up the mic.

“I really honestly believed that I had retired one million percent. When the G.O.A.T. called, I felt so honored,” said Joe, who revealed what Em told him during their phone call: “You know Joe, you’re one of the last ones left. You’re making better music now than ever. You can’t retire. You can’t leave us.”

Thanks to his fellow OG, Joe was motivated to get back in the studio. “I was like, ‘F**k it, let me hear some beats.’ And one thing led to another and here we are.”

As he previously said, Joe had the chance to sign the “Rap God,” but passed several times, calling it the “biggest mistake of my whole rap career.”

Joe is now out of retirement and working on the soundtrack to “The Big Big Show” with help from DJ Khaled. “It’s a bridge between politics, sports, obviously hip-hop, what’s going on with the world with COVID, what’s going on with racial injustice, and so the music will reflect that, that D-Nice, Clark Kent, Old School Sunday,” he explained.

Meanwhile, he continues to host his popular Instagram Live show with plans to expand it to other platforms in the future. He has welcomed A-list guests including Diddy, Big Sean, and Chris Brown, and has his eye on booking Drake, JAY-Z, and Jennifer Lopez.

Joe is also helping discover the next big hip-hop star as part of Pepsi Wild Cherry’s “Your Wildest Dreams” virtual hip-hop talent competition, premiering exclusively on Triller. The all-star panel of celebrity mentors includes producers Mike WiLL Made-It and Quay Global, and on-air personality Kenny Burns. The winner will be featured in a Pepsi Wild Cherry ad next year.

The time is NOW! Audition now to become Hip Hop’s next biggest star! Use the Pepsi Wild Cherry Your Wildest Dreams filter on Triller and #YourWildestDreams. Make sure to check the rules & regulations at https://t.co/DUwPgcdo2W. You got this!! @pepsi #PepsiWildCherry #Triller #Ad pic.twitter.com/4pxc6Qhp0f