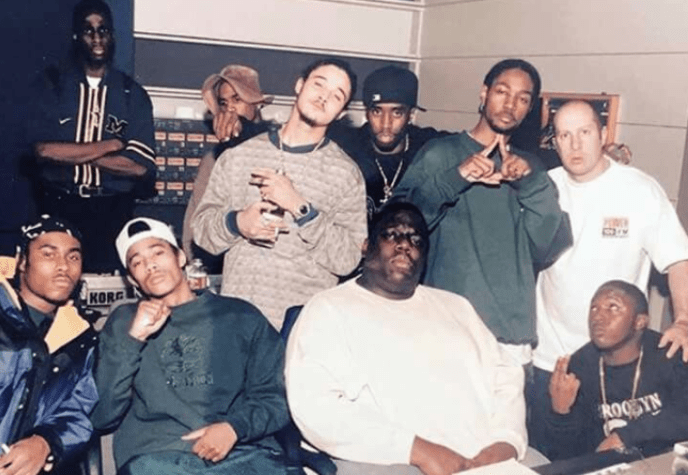 In a classic #ThrowbackThursday post on IG, BX legend Fat Joe posted a reflection of himself, Diddy, Lil Kim, Notorious B.I.G. and Bone Thugs N Harmony shortly before the timeless studio session between the King of New York and the Cleveland quartet.

Produced by then Bad Boy Hitman and now reality star, Stevie J, the song “Notorious Thugs” on the Life After Death album had a hidden gem. In it, Biggie maintained that his beef with “You Know Who” was really not what everyone pumped it up to be. Which was cool because at the time Bone was known to be close to ‘Pac (who the statement was made about) and had performed on a song earlier.