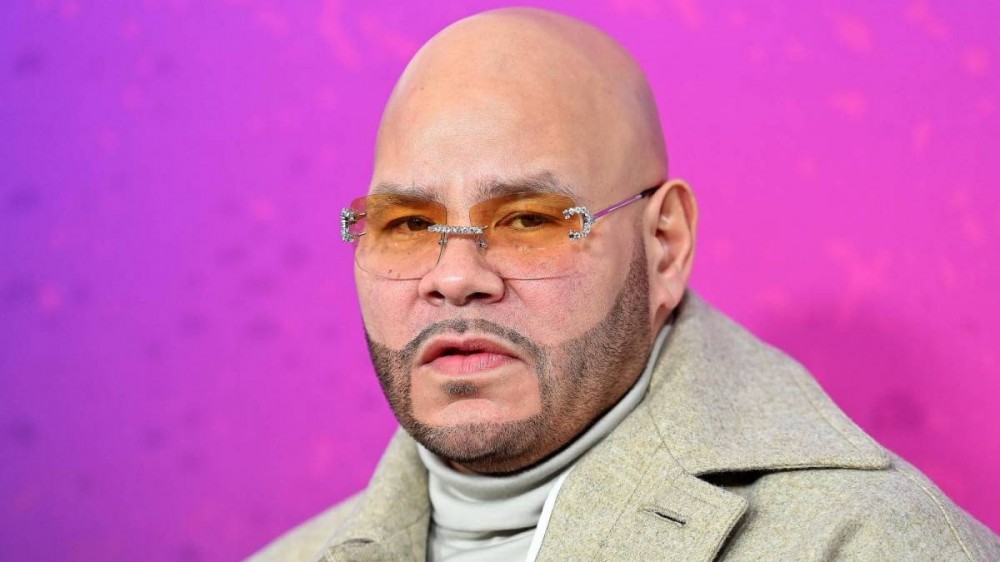 Fat Joe has opened up about the one time he smoked weed, and said he got so high he ended up running down the street naked.

To celebrate the opening day of the Roc Nation School of Music Sports & Entertainment on Tuesday (September 20), Fat Joe stopped by as a guest speaker for the school’s speaker series and told an enlightening story about the first time he sparked up at the behest of his friend.

“So I’m in my apartment I’m still in The Bronx, and she convinces me to get high,” Fat Joe recalls. “She goes, ‘Yo lets smoke this weed, it’s incredible…so I smoke. I got so paranoid I ran out the house butt naked, real talk. In the middle of the night. I ran out of there, they call that a bad trip or something right? I ran out of there and the girl, she pulls up in my car. I have the white Lexus and she’s like ‘Joe, Joe, get in the car.’ I was already Fat Joe too…I was like, ‘I’m gonna die! I gotta go to the hospital! I’m gonna die.”

He continued: “So she convinced me to get in the car and said she was gonna take me to the hospital and she takes me around the block and we go in the crib and I take like seven showers. I never want you guys to see Fat Joe running naked down the street!”

Fat Joe recalls the time he got high & ended up naked on the street 😂
https://t.co/FoC4kyecyo pic.twitter.com/7mUlrf7M38

Joe’s story was a PSA of sorts, explaining that if he were out here smoking weed all the time, he wouldn’t be able to make the difficult decisions required in his line of work.

“If Fat Joe was high he’d be broke,” he said, before concluding that either way he plans to sell the plant once it’s legal in New York City.

Fat Joe was the latest guest speaker to stop by the Roc Nation School, with Michael Rubin serving as last semester’s guest speaker.

The speaker series was meant to usher in the fall class at Long Island University, which is now accepting applications. The school’s latest semester kicks off after Grammy-award-winning engineer Young Guru joined the roster back in June, where he’ll serve as the Director of the Music Technology, Entrepreneurship & Production program at the school.

“I can’t tell you how excited I am!! This chapter is called ‘Education,’” Young Guru wrote in an Instagram post on June 22. “I am now the Director of the Music Technology, Entrepreneurship, & Production program at the Roc Nation School.”

He added in a statement: “Education is a valuable platform to show talented students how to navigate the music industry, preserve music history, and share their culture with the world. Joining the Roc Nation School is an incredible opportunity to offer my experience as a guide for up-and-coming artists and producers.”

Long Island University President Kimberly Cline elaborated on the school itself, saying in a statement: “The Roc Nation School is the premier destination for the next generation of professionals in the music industry who have the opportunity to learn directly from top executives and artists.

“We are thrilled to welcome Young Guru to the Roc Nation School’s leadership team. His decades of experience and expertise in the music business will be an incredible asset to the school.”

As for Fat Joe, he’s due to get back in the studio as soon as possible, as he was challenged by Funk Flex last week to drop a new song by Thursday (September 22).

“I challenge Fat Joe to get me a song by next Thursday,” Funk said on his radio show. “That means you gotta come off the ‘Gram, put the million dollars on hold. Sponsorship is postponed for the week, Joe. If you know Fat Joe, you tell him, Funk Flex is looking for him.”

Joey Crack looks poised to step up to the plate as he swiftly responded to Flex’s challenge. “Too easyyyyyy [crying fame emojis],” he wrote on his Instagram Stories while recording Flex calling him out on-air.