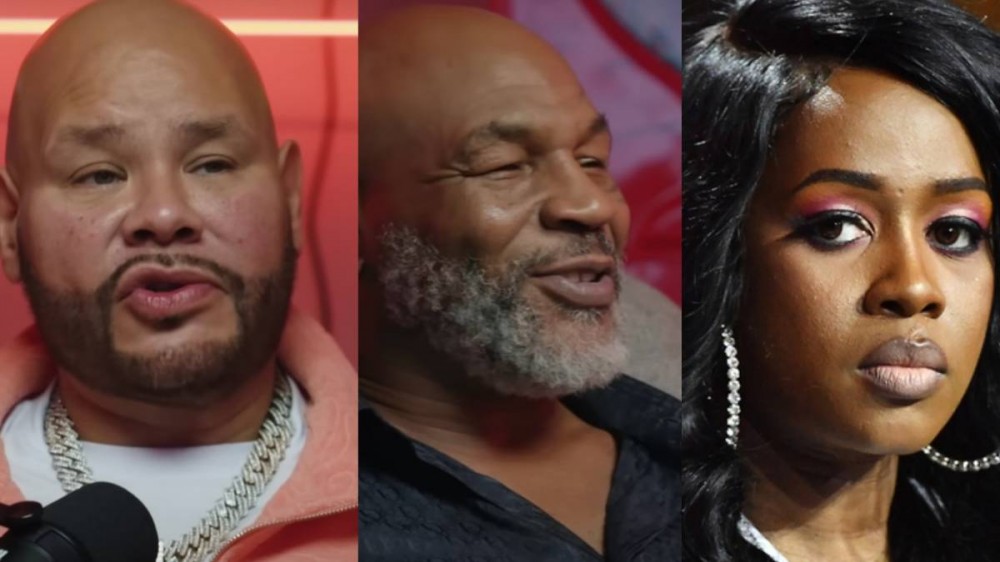 Fat Joe has recalled the time Mike Tyson once offered his fellow Terror Squadian Remy Ma a car in exchange for spending the night with him.

The revelation came during a recent sit-down between Joe, Angie Martinez and Tyson himself for a recent episode of the Hotboxin’ With Mike Tyson podcast.

According to Fat Joe, Tyson once offered Remy a Mercedes-Benz to stay at his house for an evening. Tyson initially started telling the story but ultimately decided to let the Terror Squad rapper do the honors.

“Mike invites me to the house and he says bring Remy Ma with you,” Joe said at the 24:49-mark. “This is around ‘Lean Back’ or some shit like that. We go to the house. He opens the door butt naked … Mike opens the door ass naked. I’m like, what the fuck is up, bro?’”

A post shared by Hotboxin’ with Mike Tyson (@hotboxinpodcast)

Fat Joe continued: “He takes me [on] a tour of the house, I’m not lying to you, every room I walked in, there was a chick in every room. In every fucking room … I’m like what the fuck, Iron Mike, this guy lives a fucking life.”

Tyson chimed in: “I said, ‘Joe, just leave Remy Ma.’ She was upstairs and I was blocking her. She was, ‘No, no.’” Joe continued: “He wanted to keep Remy Ma. He made her offers. He showed this convertible Benz new shit. He was like, ‘You can keep this, all you gotta do is spend one night.’

Tyson pointed out neither of them were married at the time. When Martinez suggested he simply had a crush on Remy, he replied: “I just liked busting her chops.”

Fat Joe, who’s typically in story-telling mode, had another wild anecdote to share during a visit to Roc Nation School of Music Sports & Entertainment on Tuesday (September 20), involving him running through the streets naked after smoking some weed with an unnamed female friend.

“So I’m in my apartment I’m still in The Bronx, and she convinces me to get high,” Fat Joe recalled. “She goes, ‘Yo lets smoke this weed, it’s incredible…so I smoke. I got so paranoid I ran out the house butt naked, real talk. In the middle of the night. I ran out of there, they call that a bad trip or something right?

Joe continued: “So she convinced me to get in the car and said she was gonna take me to the hospital and she takes me around the block and we go in the crib and I take like seven showers. I never want you guys to see Fat Joe running naked down the street!”